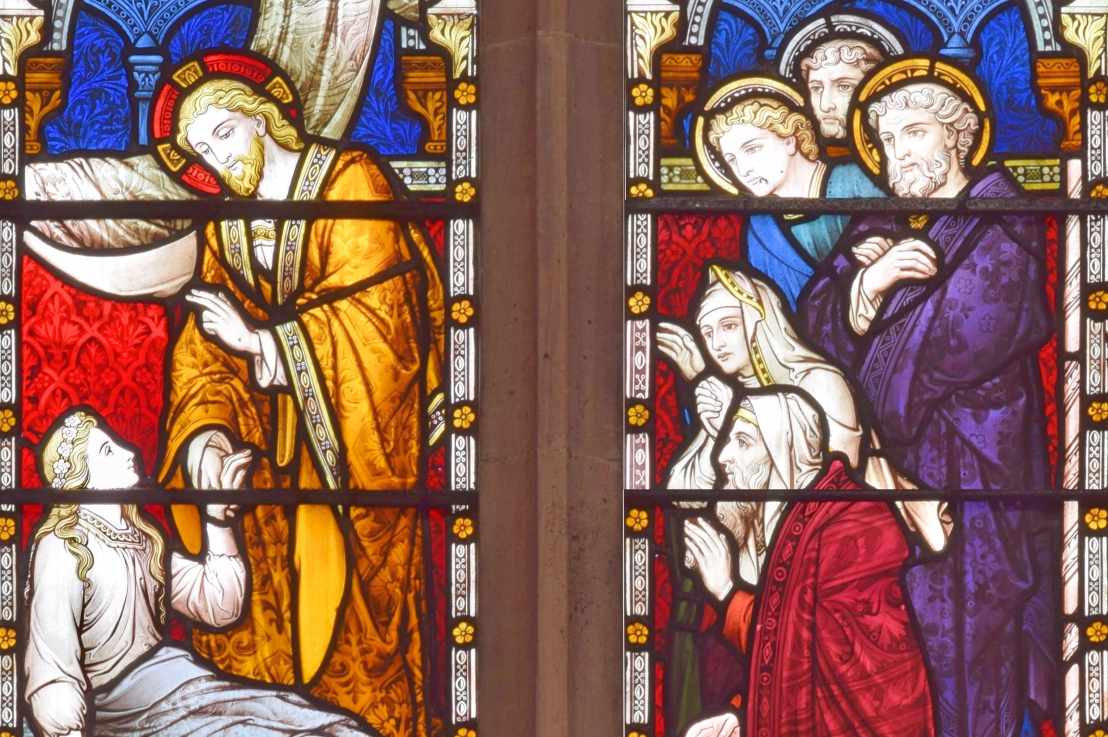 The episode of Christ restoring a twelve year old girl to life is retold in three of the gospels (Matthew 9:18-26; Mark 5:21-43; Luke 8:40-56). It’s one of the three resurrection miracles mentioned by the evangelists. The scene took place alongside another of Christ’s miracles, the cure of a sick woman who touched his cloak.

Pope Francis explained: “The Gospels tell of a father who has a very sick daughter, and with faith he beseeches Jesus to save her (cf. Mark 5:21-24, 35-43). There is no figure more moving than that of a father or mother with a sick child. And straight away Jesus goes with that man, whose name is Jairus. At a certain point someone comes from Jairus’ house and says that the girl is dead, and there is no need to trouble the Teacher any further. But Jesus says to Jairus: “Do not fear, only believe” (Mark 5:36).”

The pope went on: “Jesus knows that this man is tempted to react with anger and despair, because the girl has died, and he recommends that Jairus safeguard the little flame that burns in his heart: faith. “Do not fear, just have faith; do not fear, just continue to keep that flame burning!”. Then, when he arrives at the house, he will awaken the girl from death and give her back to her loved ones, alive.”

He then reflected: “We are all small and defenceless before the mystery of death. However, what a grace if at that moment we safeguard in our heart the little flame of faith! Jesus takes us by the hand, as he took Jairus’ daughter by the hand, and repeats once again: “Talitha cumi”; “Little girl, arise!” (cf. Mark 5:41). He will say this to us, to each one of us: “Arise, rise again!””

Since Jairus was a synagogue leader, there were crowds of people at his house, mourning the girl’s death. But Christ would only allow the girl’s parents and three of his disciples (St Peter, St John and St James Major) to be present while he worked the miracle. So he sent everyone out before speaking to the girl.

After she had come to life, she stood up and began to walk around. Christ told her parents to give her something to eat, but asked them to keep the miracle a secret. However, word got out and soon everyone in the area was talking about it.

This stained glass scene of the girl’s resurrection is found within the Cathedral of St John the Evangelist, in Portsmouth. It was designed by the Hardmans firm and dates to 1896. Around the cathedral, there are many stained glass scenes of episodes in St John’s life; this is but one of the series.

The window shows the girl’s parents watching earnestly as Christ takes the girl by the hand, while the three disciples hover at the back. The Gothic Revival style of the scene is seen in the rich robes, ornate details and overall fairytale quality of the image. The caption is taken from Matthew 9:25.

Where to find this work of art
Cathedral of St John the Evangelist, Portsmouth