As Christ was dying on the cross, he was guarded by a group of Roman soldiers led by a centurion. The gospels tell us that when the centurion witnessed the circumstances of Christ’s death, he praised God and came to faith. (Matthew 27:54; Mark 15:39; Luke 23:47)

As Pope Benedict XVI explained: “At the end of his dramatic Passion narrative, the Evangelist Saint Mark tells us: “The centurion, who stood facing him, saw that he thus breathed his last, and said: ‘Truly this man was the Son of God!’” (Mark 15:39). We cannot fail to be surprised by the profession of faith of this Roman soldier, who had been present throughout the various phases of the Crucifixion.”

He went on: “When the darkness of night was falling on that Friday so unlike any other in history, when the sacrifice of the Cross was already consummated and the bystanders were making haste to celebrate the Jewish Passover in the usual way, these few words, wrung from the lips of a nameless commander in the Roman army, resounded through the silence that surrounded that most singular death. This Roman army officer, having witnessed the execution of one of countless condemned prisoners, was able to recognize in this crucified man the Son of God, who had perished in the most humiliating abandonment.”

The pope concluded: “His shameful end ought to have marked the definitive triumph of hatred and death over love and life. But it was not so! Hanging from the Cross on Golgotha was a man who was already dead, but that man was acknowledged to be the “Son of God” by the centurion, “on seeing that he thus breathed his last”, as the Evangelist specifies.”

As time went on, this nameless centurion was identified with the Roman soldier who pierced Christ’s dead body with a spear (John 19:34). As a result, he was given the nickname ‘Longinus’, which seems to be based on the Greek word for ‘spear’ (longche). Tradition has it that Longinus became a Christian and was later martyred for his faith.

The centurion at the cross was also the person who went to Pontius Pilate to assure him that Christ was really dead (Mark 15:44-45). Along with the centurion from Capernaum and the charitable Cornelius, he is one of a number of Roman officers who came to believe in Christ (Matthew 8:5-13; Acts 10:1-48).

This curious mural of the crucifixion focuses on the reactions of those present, rather than on Christ himself. Found within the Lady Chapel of Notre Dame de France in London, it was painted in November 1959 by the French poet Jean Cocteau.

The strong presence of the Roman soldiers in this scene is striking. The central soldier is probably the centurion who believed in Christ; he is the only one wearing a cloak. Next to the soldier on the right, the sun goes dark to mark the death of Jesus (Mark 15:33). To the left, two of the soldiers cast lots for Christ’s clothes (John 19:23-24).

Around the foot of the cross are various mourners; St John the Evangelist and the Virgin Mary, as well as two of the other female disciples of Christ. Cocteau inserted a portrait of himself to the bottom left. The male figure on the far right is unidentified; possibly it’s Joseph of Arimathaea, who removed Christ’s body from the cross.

Detail of the left side: 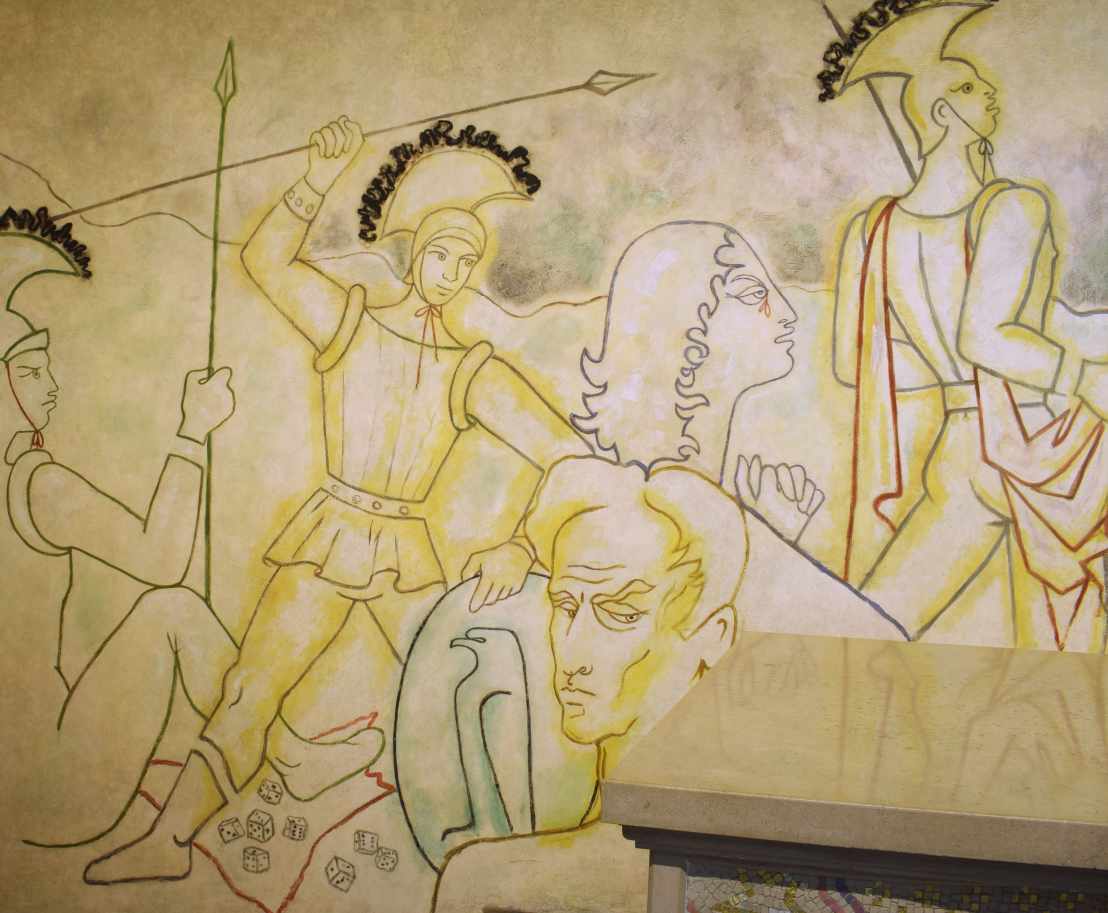 Detail of the right side: 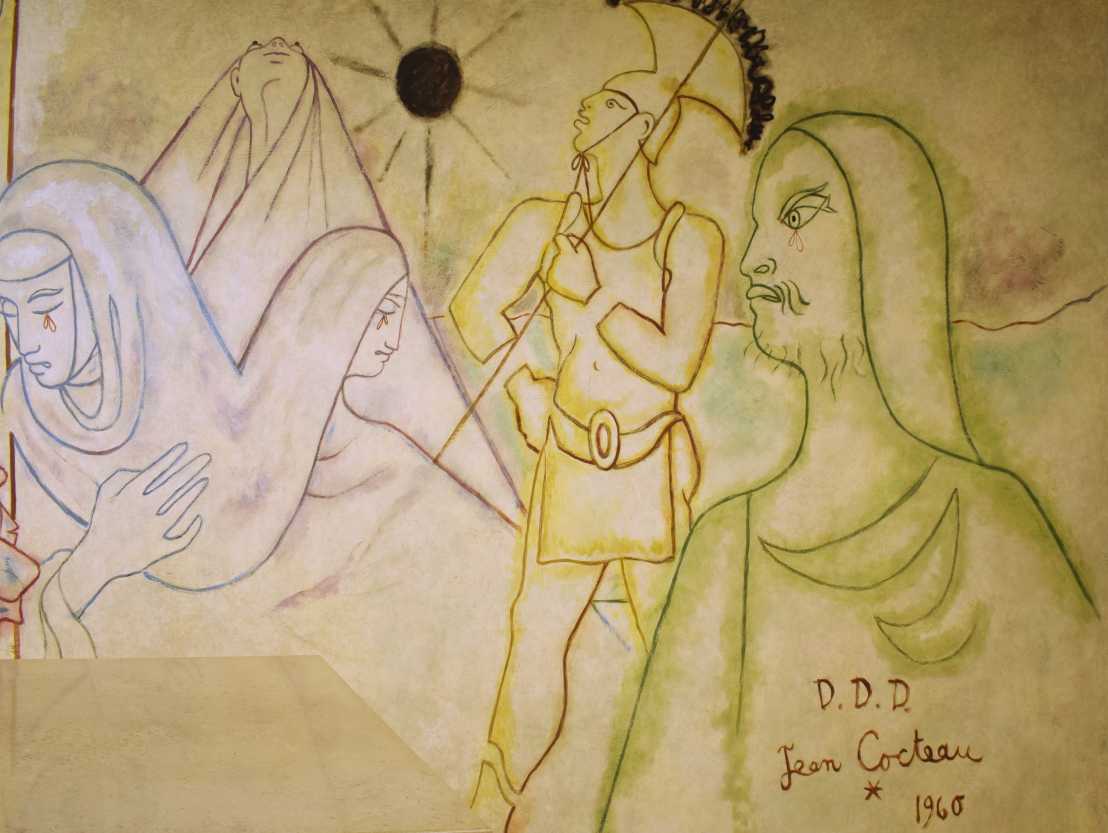 Where to find this work of art
Notre Dame de France, London