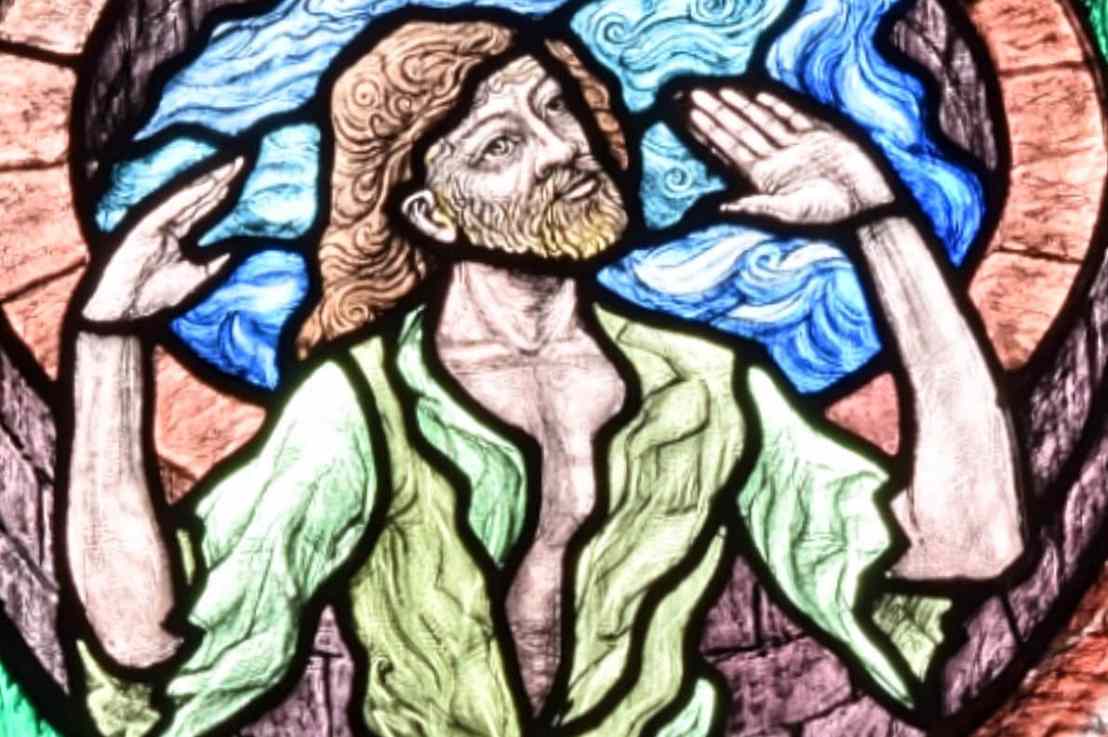 One Sabbath day in Jerusalem, Christ spotted a well-known beggar who had been blind from birth. People at the time often thought that his condition was a punishment for sin. So Christ’s disciples asked him whose fault it was that this had happened to him.

Christ explained that it was nobody’s fault. Then he spat on the ground, made a paste with his saliva and then spread it on the blind man’s eyes. He told the man to go and wash his eyes in the Pool of Siloam. So he went off and did so – and came back able to see!

Everyone was astonished. They couldn’t believe that he really was the well-known blind beggar, but he insisted it was the truth. The man was then taken to the Pharisees, who interviewed him and his parents about the miracle. They were angry that the healing had happened on the Sabbath, the day of rest.

They demanded details of the incident and suggested that Christ was a sinner. But the man said: “Never since the world began has it been heard that anyone opened the eyes of a person born blind. If this man were not from God, he could do nothing.” (9:32-33). This enraged the Pharisees, who then threw him out.

When Christ heard about this, he went to talk to the man. Pope Benedict XVI explained: “The question which the Lord Jesus asks the blind man is the high point of the story: “Do you believe in the Son of Man?” (John 9:35). The man recognizes the sign worked by Jesus and he passes from the light of his eyes to the light of faith: “Lord, I believe!” (John 9:38).”

He went on: “It should be noted that as a simple and sincere person he gradually completes the journey of faith. In the beginning he thinks of Jesus as a “man” among others, then he considers him a “prophet” and finally his eyes are opened and he proclaims him “Lord”.”

The pope also observed: “In opposition to the faith of the healed blind man is the hardening of the hearts of the Pharisees who do not want to accept the miracle because they refuse to receive Jesus as the Messiah. Instead the crowd pauses to discuss the event and continues to be distant and indifferent. Even the blind man’s parents are overcome by the fear of what others might think.”

This stained glass scene of the miracle is found within the church of St Teresa of the Child Jesus, in Princes Risborough. It pictures two parts of the story – the blind man washing in the Pool of Siloam – and then his joy afterwards. This vivid window is part of a wider scheme by the studio of Joseph Nuttgens.

The stained glass series was created in the year 2000 to picture various biblical stories about fire and water. The deep greens in this window form a striking contrast to the blues and browns, while the path from top to bottom underlines the man’s journey from blindness to sight, as well as towards faith in Christ.

Where to find this work of art
St Teresa of the Child Jesus, Princes Risborough