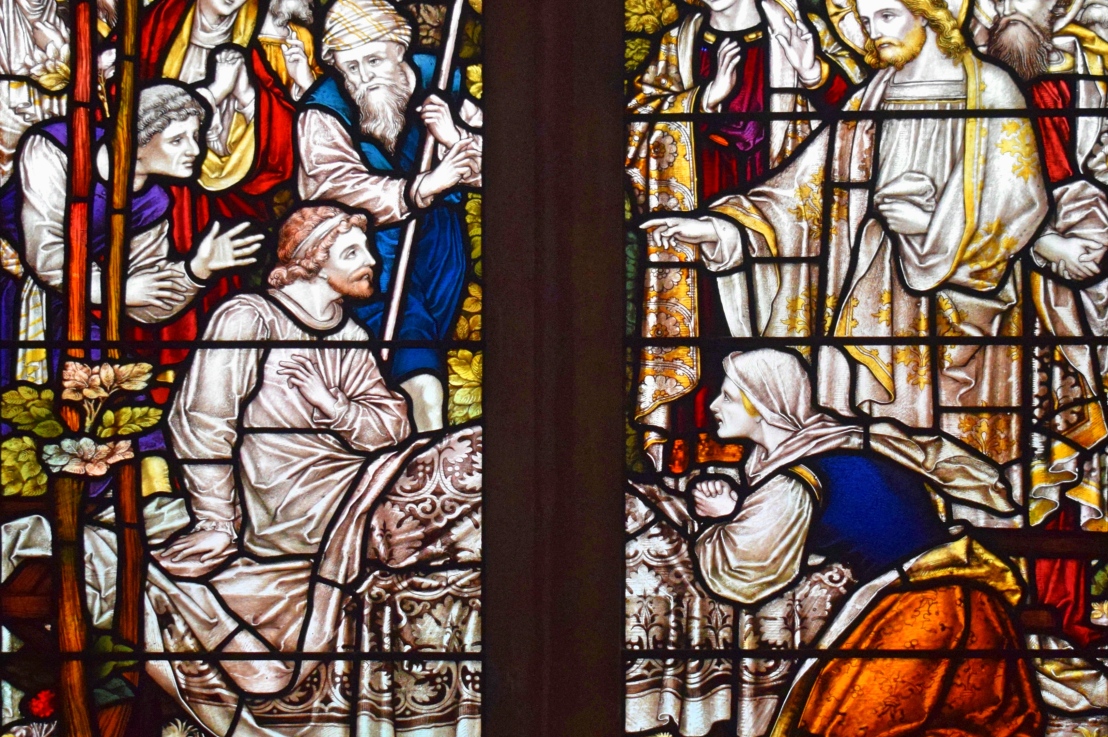 The moving story of how Christ restored a widow’s son to life in Nain, near where he grew up, was probably included in the Bible to console those who had lost loved ones.

Pope Francis begins the story for us: “With his disciples, Jesus arrives in Nain, a village in Galilee, right at the moment when a funeral is taking place. A boy, the only son of a widow, is being carried for burial. Jesus immediately fixes his gaze on the crying mother. The Evangelist Luke says: “And when the Lord saw her, he had compassion on her” (v. 13). This “compassion” is God’s love for man, it is mercy, thus the attitude of God in contact with human misery, with our destitution, our suffering, our anguish.”

Christ’s compassion for the widow’s tears spurred him into action. He spoke to her son’s corpse, saying ‘Young man, I say to you, rise!’ At once the dead man came back to life and sat up, which understandably caused a real stir among the crowd.

St Augustine observed that Christ raised three people from the dead, each in different stages of death. He resurrected the daughter of Jairus – who had only just died – in private, at her home. The widow’s son was raised in public, on the way to the grave. Finally, Christ restored his friend Lazarus to life four days after the burial.

The story of the raising of the widow’s son is found only in the gospel of St Luke. St Luke decided to include a number of stories in his gospel that would speak to the possible concerns of widows. This story about Christ’s compassion for their bereavement was one of them. Others include the devotion of the aged Anna, the story of the widow of Zarephath and the parable of the persistent widow. (Luke 2:36-38; 4:25-26; 18:1-8)

Perhaps St Luke’s own mother was a widow, which made the subject a personal one for him. On the other hand, maybe he just felt moved to show how the gospel was relevant to the order of widows that existed in the Early Church (cf Acts 6:1; 9:39; 1 Timothy 5:3-16). After all, his version of events has often been described as “the gospel of women” for its strong female focus.

This stained glass window picturing the story is by the artist Ion Pace and dates to 1899. It illustrates the moment Christ spoke to the young man and told him to arise. The sorrowful widow is to the bottom right, while the disciples (including the beardless St John) stand behind Christ. In the background you can see the gate of Nain, which the procession was slowly weaving its way towards. The window also has a deep personal meaning, in that it was commissioned by a grieving mother for the loss of her son, Henry Atlee. 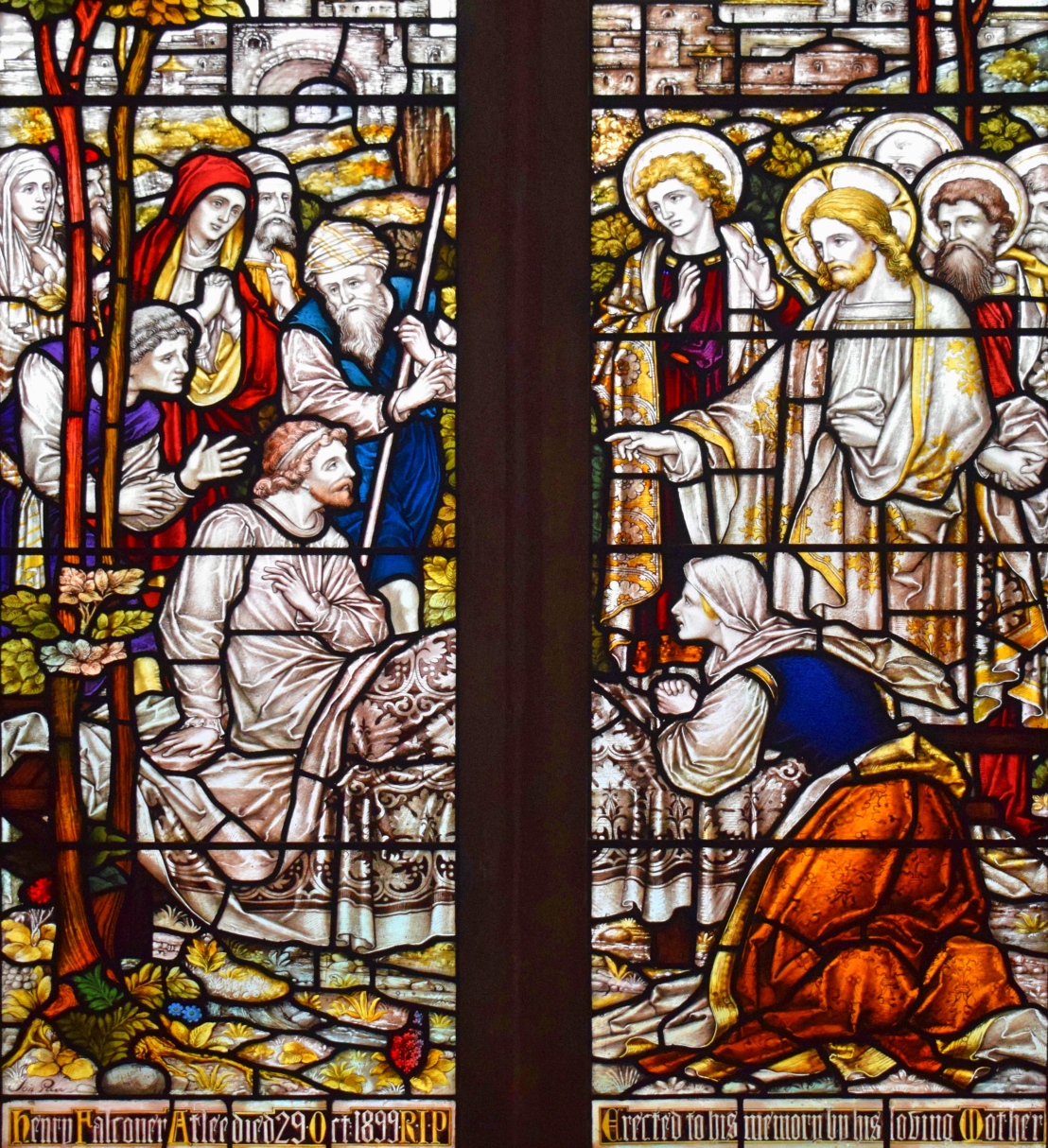 Where to find this work of art
St Edward’s, Windsor