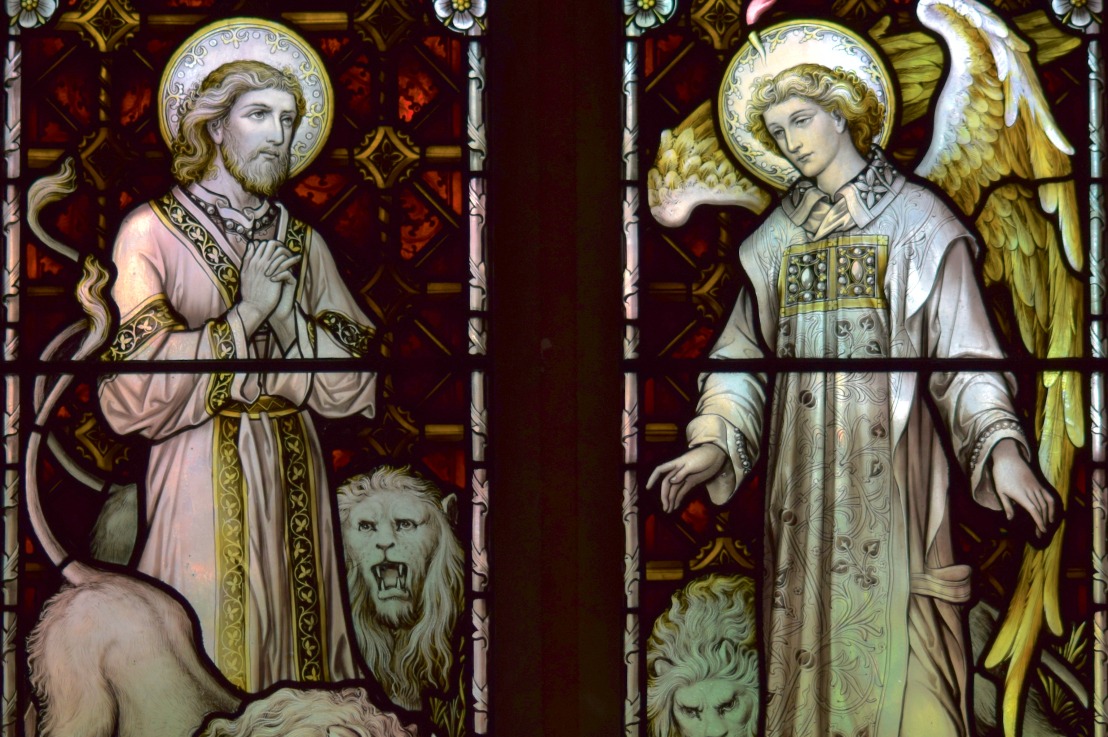 This beautiful image tells the famous story of Daniel in the lion’s den. Daniel was one of the four major prophets of the Old Testament. According to the story, he was an important politician within the court of the Persian king, Darius. Due to the jealousy of his rivals, however, he was found guilty of praying to God – something which had been made illegal. The punishment for this was to be thrown to death into the lion’s den. Protected by an angel, however, Daniel survived a night in the den and was released by King Darius the very next day.

This stained glass window, which was dedicated to a man named Daniel, is by the Hardmans firm and was made in 1907. In this image, the prophet Daniel deliberately resembles traditional depictions of Christ, to show that the story also contains a message about Jesus.

Daniel was abandoned to death in the lion’s den and a stone rolled over what should have become his tomb. However, through the intervention of God he survived death and lived to tell the tale. As Scripture says (Daniel 6:24), “no kind of harm was found on him, because he had trusted in his God.” From the perspective of the Gospel, this has traditionally been understood as an anticipation of the Resurrection of Christ, who would also conquer death and escape from a sealed tomb. 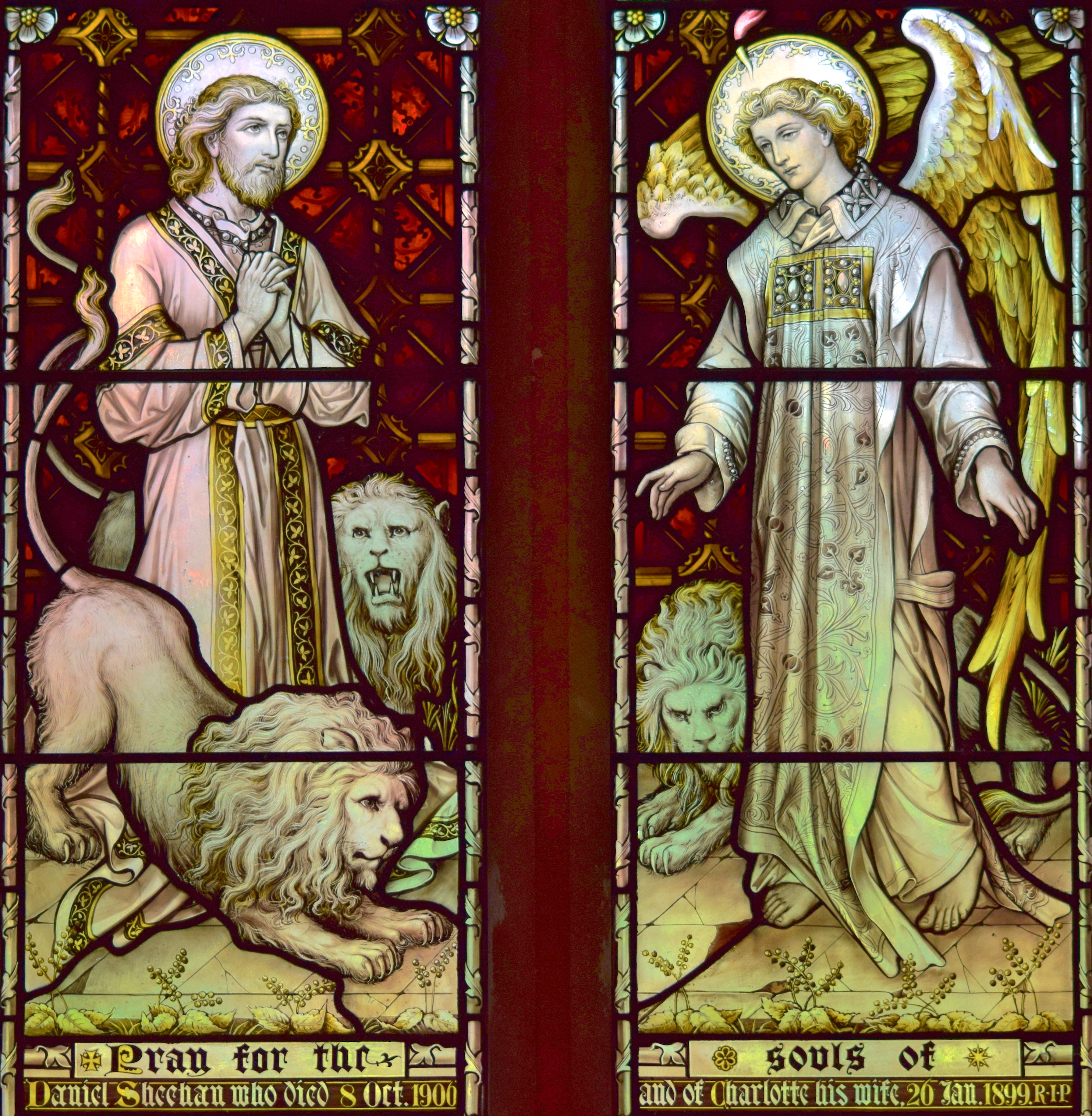 Where to find this work of art
Our Lady Help of Christians, Blackheath