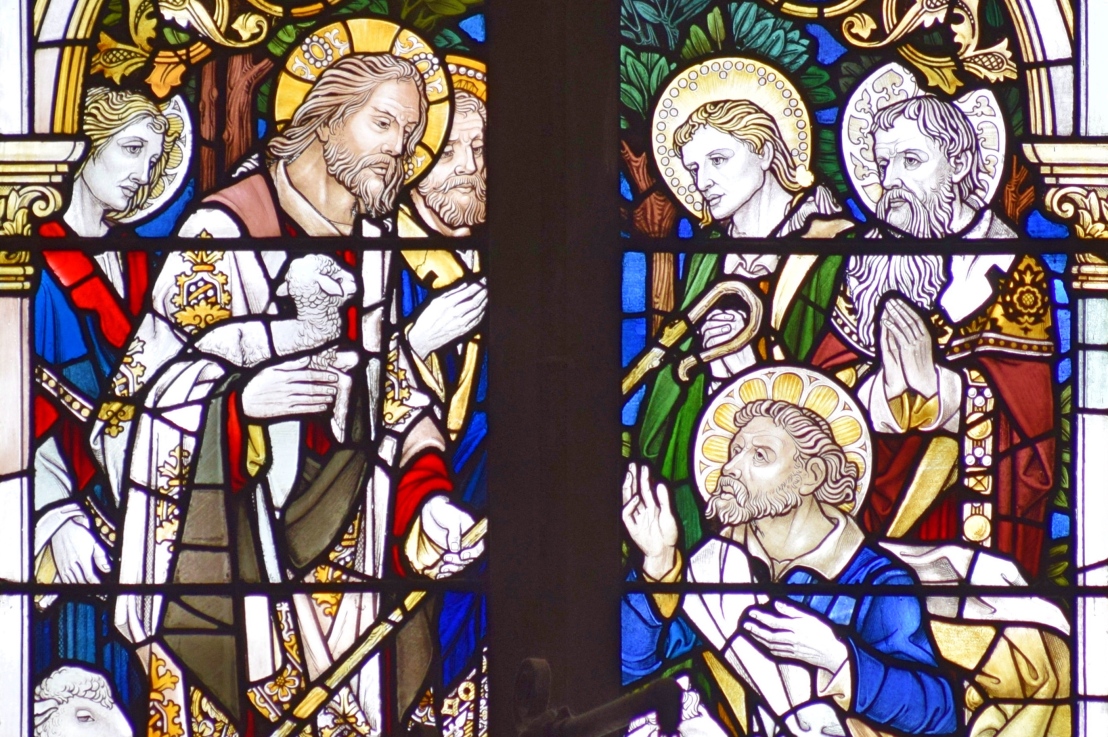 After his resurrection, Christ continued to appear to his disciples for forty days, at various times and in various ways. His third appearance was on the shores of Lake Galilee (known in St John’s gospel as the ‘Sea of Tiberias’). This was where Christ had previously called several of the apostles, as well as fed the 5,000 (Mark 1:16-20; John 6:1-14).

One night, seven of the disciples went fishing on the lake, but didn’t manage to catch any fish. As morning came, they heard a mysterious stranger call to them from the shore. He advised them to cast their net to starboard. When they did this, the net became so full of fish that it was almost too heavy to haul in.

At this, St John recognized that the stranger was Christ, prompting St Peter to wade straight back to land. The others followed in the boat with the fish. On the beach, Christ was grilling fish over a charcoal fire. He invited them to join him for breakfast, for which he served bread and fish.

After they had eaten, Christ took the opportunity to question St Peter. Since he had previously denied Christ three times, the Risen Lord asked St Peter to declare his love for him three times. Each time he did so, Christ asked him to feed his ‘sheep’ and tend his ‘lambs’. By these words he appointed St Peter as the overall shepherd of the Church. The pastoral authority of the Pope, as successor of St Peter, is grounded in this story.

This scene of Christ asking St Peter to ‘feed his sheep’ comes from the West Window of St Peter and St Paul, Ilford. The window, which dates to 1926, contains four other scenes of St Peter’s life (including his denial of Christ), as well as five stories from the life of St Paul. It was created by the ecclesiastical designer Arthur Anselm Orr. Christ is pictured surrounded by the lambs and sheep that he is asking St Peter to care for. He is handing a crook to St Peter as a symbol of his role as a shepherd.

The disciples featured in the scene are the five named disciples from John 21:2. St Thomas is standing behind Christ. St Peter is kneeling, while behind him are St John and St James, the two sons of Zebedee. St Bartholomew (who was also known as Nathanael) is at the back, clutching his traditional symbol of a knife. At the top are miniatures of the prophets Isaiah and Jeremiah. 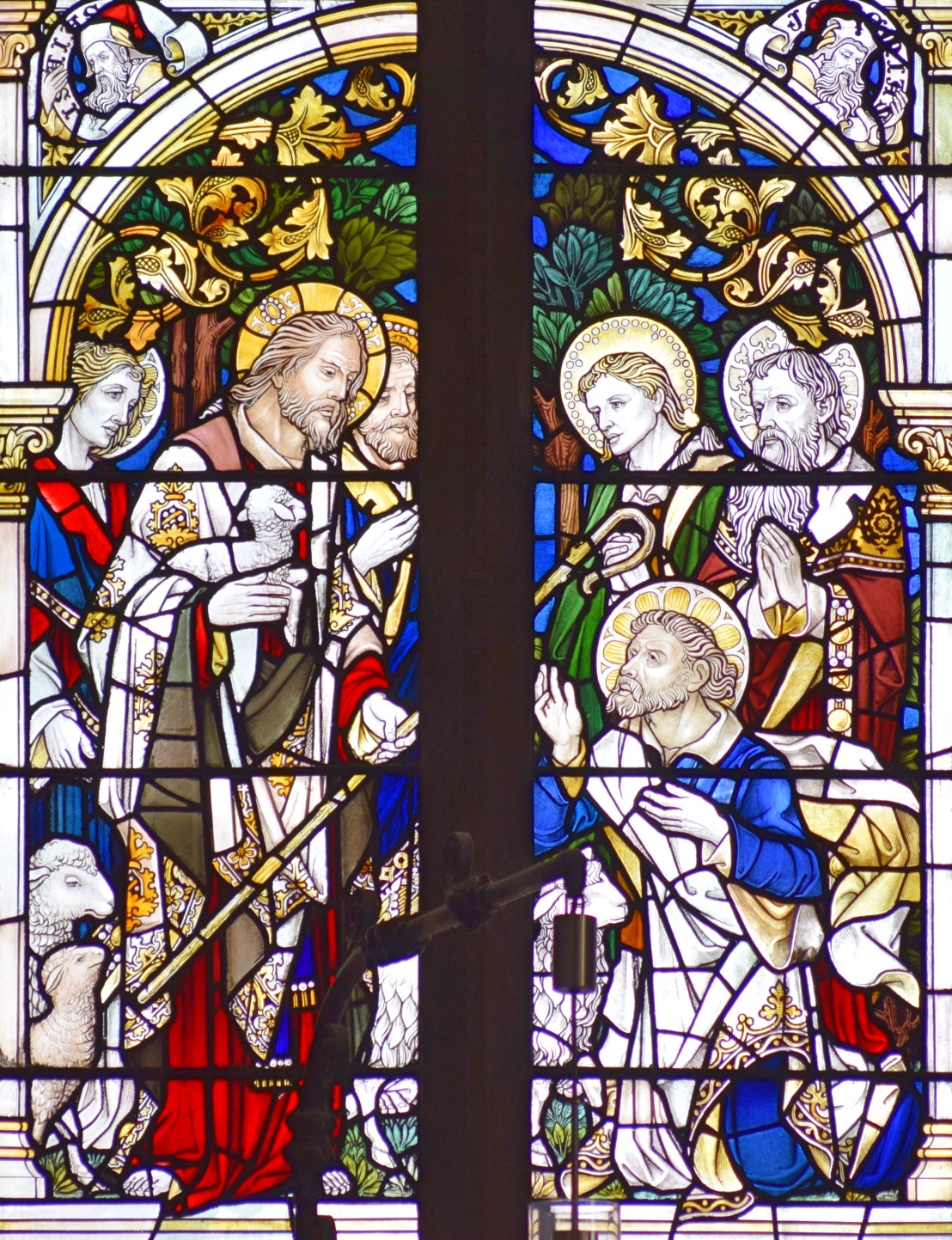 Where to find this work of art
St Peter and St Paul, Ilford