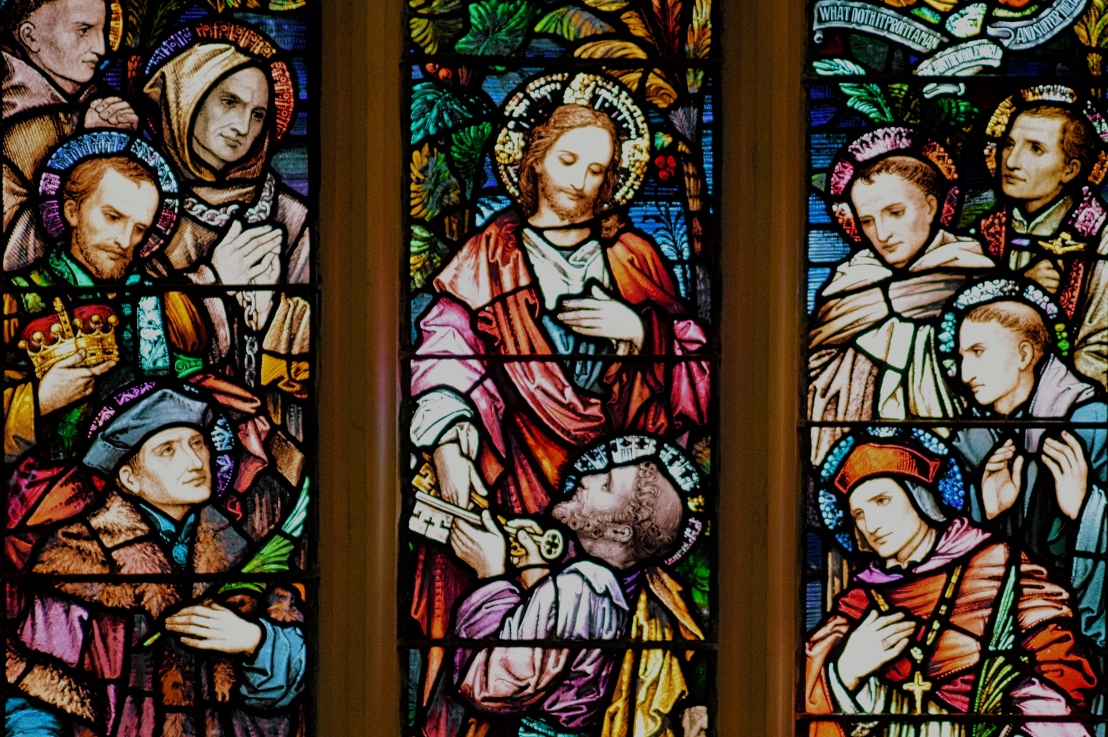 In the region of Caesarea Philippi, Christ told his disciples for the first time that he was the Messiah that had been promised in the Old Testament. At the same time, he also revealed his plan to found the Church, which was to be led by St Peter as the first Pope.

The Catechism explains: “Simon Peter holds the first place in the college of the Twelve; Jesus entrusted a unique mission to him. Through a revelation from the Father, Peter had confessed: “You are the Christ, the Son of the living God.” Our Lord then declared to him: “You are Peter, and on this rock I will build my Church, and the gates of Hades will not prevail against it.” Christ, the “living Stone”, thus assures his Church, built on Peter, of victory over the powers of death. Because of the faith he confessed Peter will remain the unshakeable rock of the Church. His mission will be to keep this faith from every lapse and to strengthen his brothers in it.”

Catholics understand this governing power to have been passed on by St Peter to the long line of Popes who have succeeded him. As a result, this story from St Matthew’s gospel is particularly important to the Church and has been depicted by countless artists.

This particular stained glass scene of Christ giving the keys to St Peter is rich in meaning. Painted by William Earley in 1930, it forms part of the grand East Window of English Martyrs, Tower Hill. Christ and St Peter are surrounded not by the apostles, but by Catholic martyrs who died nearby at Tower Hill. These martyrs were executed in the sixteenth century under Henry VIII and Elizabeth I for their firm belief in the authority of the Pope, as successor of St Peter.

At the bottom to the left and right are the famous Catholic figures St Thomas More and St John Fisher. The others martyrs are rather harder to identify, although the figure holding a crown on the left is probably St Edmund Campion. Their refusal to deny the authority of the Pope speaks to their unshakeable belief in this gospel passage. 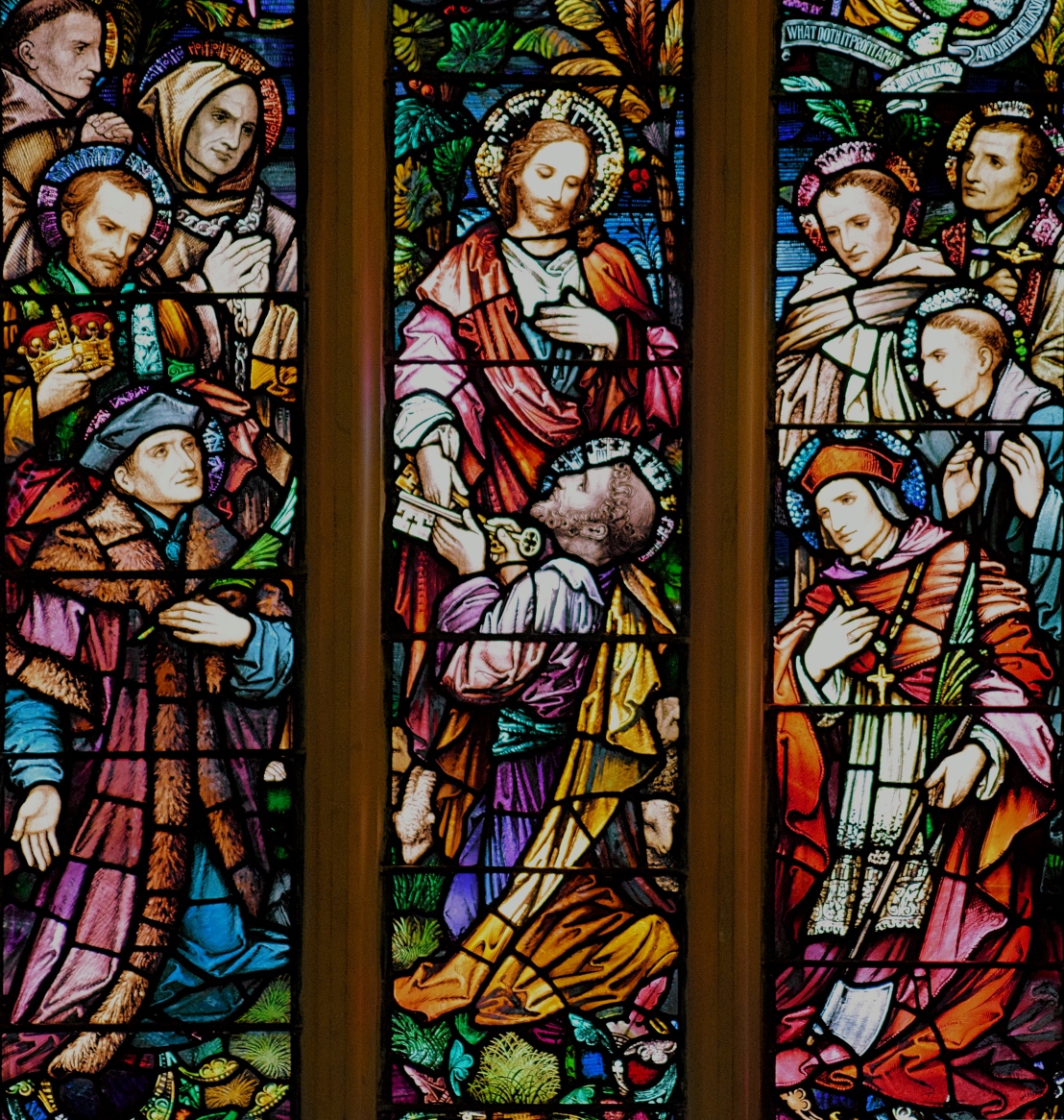 Where to find this work of art
English Martyrs, Tower Hill