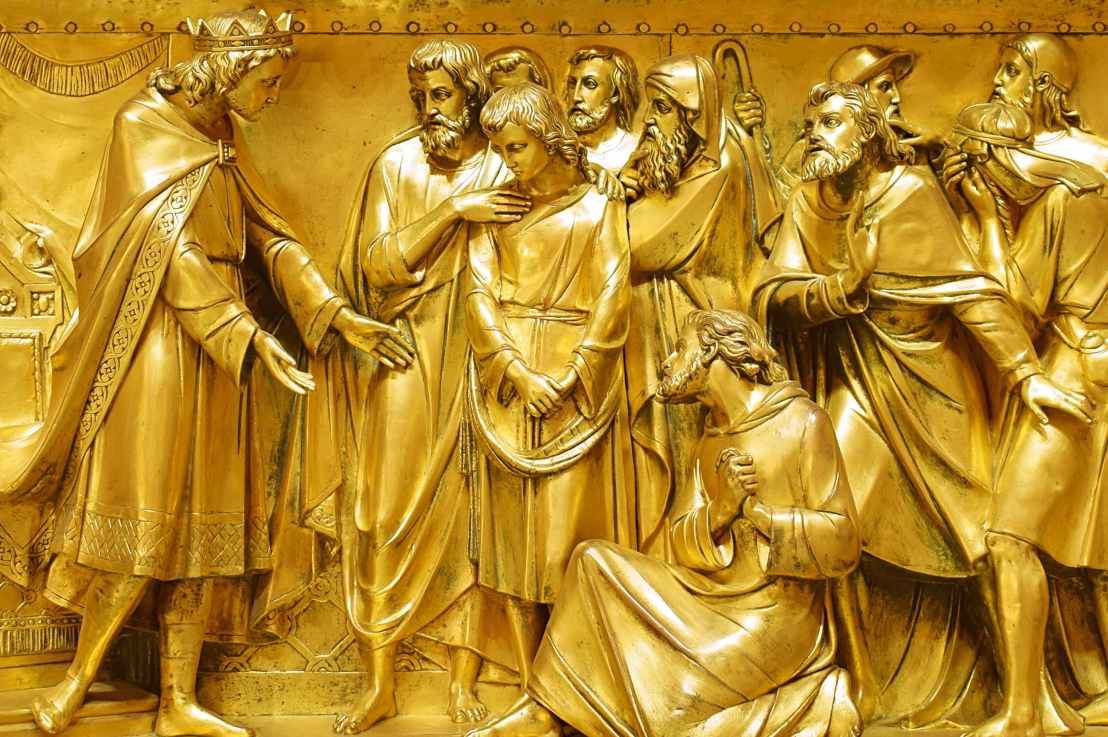 After Joseph had been sold as a slave in Egypt, his life took a series of twists and turns. His new owner was one of Pharaoh’s most senior bodyguards and at first things went well. But then his owner’s wife falsely accused him of rape and he was sent to prison, where he would spend several years.

While in jail, he used his spiritual gifts to interpret the dreams of two of Pharaoh’s officials, who were imprisoned along with him. Joseph explained that the dreams meant that one of them would die, while the other would return to Pharaoh’s court. And this is exactly what happened.

Years later, Pharaoh himself had a series of strange dreams that upset him. None of his magicians could explain their meaning. Then the official who had previously been jailed with Joseph remembered his abilities and mentioned him to Pharaoh. Joseph was summoned from prison to appear before the king.

Joseph told Pharaoh that his dreams meant that there would be seven years of great plenty in Egypt, followed by seven years of terrible famine. He advised Pharaoh to appoint someone to oversee a national scheme to store up grain in preparation for the coming famine.

Impressed, Pharaoh named Joseph as his second-in-command, to oversee this task. So Joseph set about organising this national relief effort. In the meantime, he also married Asenath, the daughter of the high priest, and fathered two sons. This helped him to forget his past sufferings.

Back in Canaan, where there was also famine, word reached his family that they could buy food in Egypt. So his brothers travelled twice to Egypt to buy some of the grain. They met with Joseph both times, but although he recognised them, they had no idea who he really was.

Joseph arranged a series of tests to check that they were truly sorry for having sold him into slavery. One of these involved his younger brother, Benjamin, who only came to Egypt on the second visit. As they went on their way, he hid a silver cup in Benjamin’s sack of grain, which made him appear to be a thief.

His soldiers forced them all to return to Egypt and explain themselves. Judah (the brother who had originally sold Joseph into slavery) offered to take the punishment due to Benjamin. This helped Joseph realise that they had all turned over a new leaf. He then told his brothers who he really was, which came as a real shock and led to a tearful and heartfelt family reunion.

This brass relief by the Belgian sculptor, Theodore Phyffers, pictures the reconciliation of the brothers in Egypt. Dating to the late 19th century, it’s found on an altar within the Sacred Heart Chapel of the Farm Street church, in Mayfair. It’s one of a set of three by Phyffers, the other two picturing the Crowning with Thorns and Doubting Thomas.

The fine detail of this beautiful metal sculpture presents us with various aspects of the story. In the centre, Judah’s arms protect a downcast Benjamin as he offers himself in his place. The other brothers react individually to Joseph’s revelation with a mixture of shock, desperation, tears and annoyance.

Joseph himself, dressed in the fine clothes of a king, shows affection to Benjamin as he breaks the news about his identity. Beside the throne, we can see the sack of grain containing the silver cup. Several of the brothers also hold crooks, as symbols of their roles as shepherds.

Where to find this work of art
Farm Street church, London