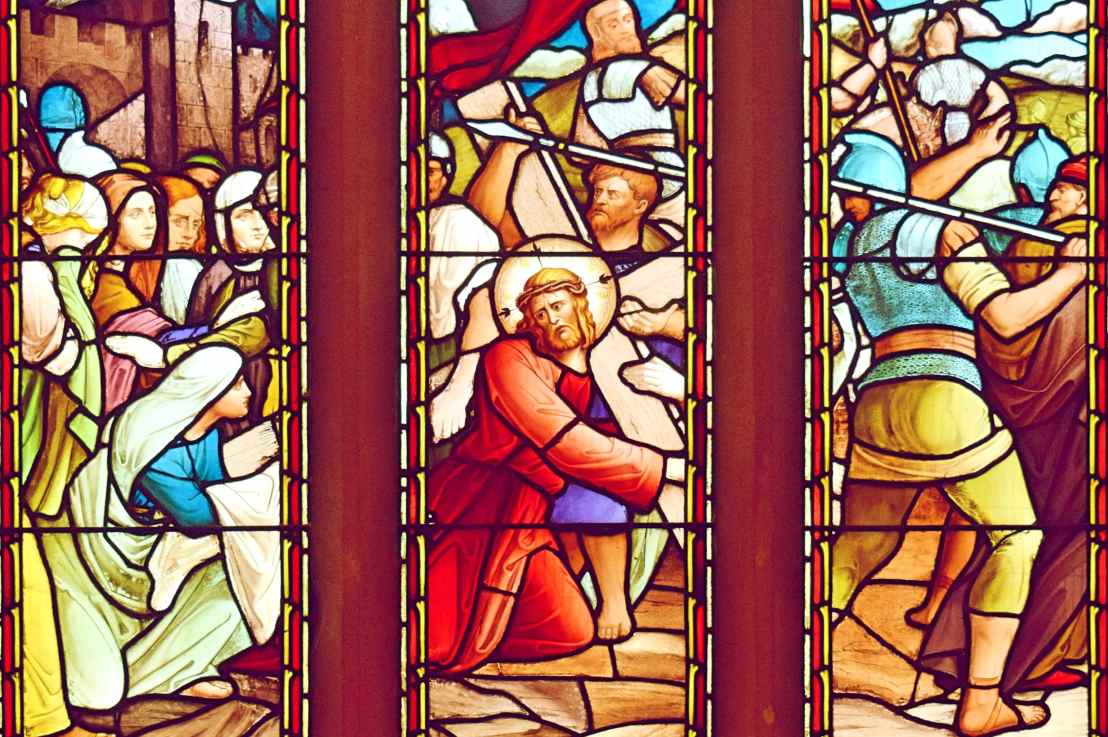 According to the Church, the death of Christ is revealed throughout the whole Bible. As Pope St John Paul II explained: “There were many messianic texts in the Old Testament which foreshadowed the sufferings of the future Anointed One of God. Among all these, particularly touching is the one which is commonly called the Fourth Song of the Suffering Servant, in the Book of Isaiah.”

The passage tells the story of an unnamed servant of God – “the man of sorrows” – who suffered humiliation and death for the sins of others. During the Last Supper, Jesus said that this text was referring to his death on the cross (Luke 22:37). Both St Luke and St Peter followed him in this interpretation (Acts 8:32-35; 1 Peter 2:21-24).

The pope continued: “The Prophet, who has rightly been called “the Fifth Evangelist”, presents in this Song an image of the sufferings of the Servant with a realism as acute as if he were seeing them with his own eyes: the eyes of the body and of the spirit. In the light of the verses of Isaiah, the Passion of Christ becomes almost more expressive and touching than in the descriptions of the Evangelists themselves.”

He also observed: “The Song of the Suffering Servant contains a description in which it is possible, in a certain sense, to identify the stages of Christ’s Passion in their various details: the arrest, the humiliation, the blows, the spitting, the contempt for the prisoner, the unjust sentence, and then the scourging, the crowning with thorns and the mocking, the carrying of the Cross, the crucifixion and the agony.”

Due to this level of detail, the chapter is often read or quoted during Lent, a period when Catholics traditionally reflect on the suffering and death of Christ. This is especially so as they pray the ‘Stations of the Cross’. This usually involves meditating on special images of Christ’s final hours that are displayed around the church.

This stained glass image of Christ carrying the cross through the streets of Jerusalem is found within the Cathedral of Our Lady of Sorrows, in Wrexham. The window is by the Hardmans firm and dates to the late 1960s when the Cathedral was extended.

The scene is captioned in Latin as follows: ‘Vere languores nostros ipse tulit et dolores nostros ipse portavit.’ This is a quotation from a line from the Song of the Suffering Servant: ‘Surely he has borne our infirmities and carried our sorrows’ (Isaiah 53:4). It was originally intended, therefore, to refer directly to this passage from the Old Testament.

The window also reflects the overall theme of the cathedral, which is dedicated to the Sorrows of the Virgin Mary within the life of Christ. As such, she is pictured on the bottom left, wearing blue (her traditional colour). Centre stage, however, is Christ as the Suffering Servant, wearing the crown of thorns and sweating under the weight of the cross. The pained exchange of glances between Christ and his mother underlines their shared sorrow.

Nevertheless, Christ is helped by Simon of Cyrene, the bearded figure behind him, while the Roman soldiers drive the procession on. The window also features grapes on the vine, as symbols of Christ’s blood, which he is about to shed on the cross. 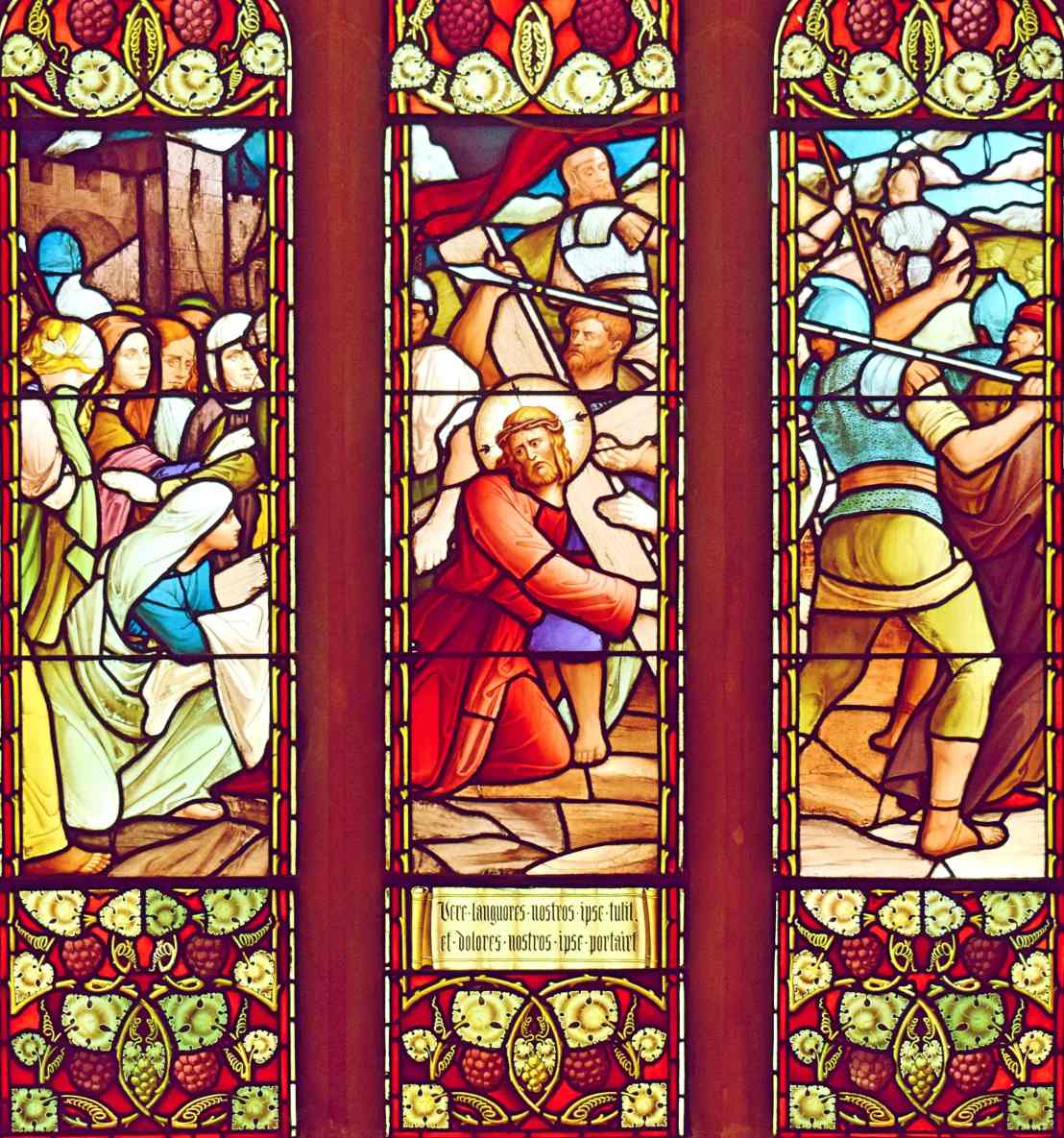 Where to find this work of art
Cathedral of Our Lady of Sorrows, Wrexham