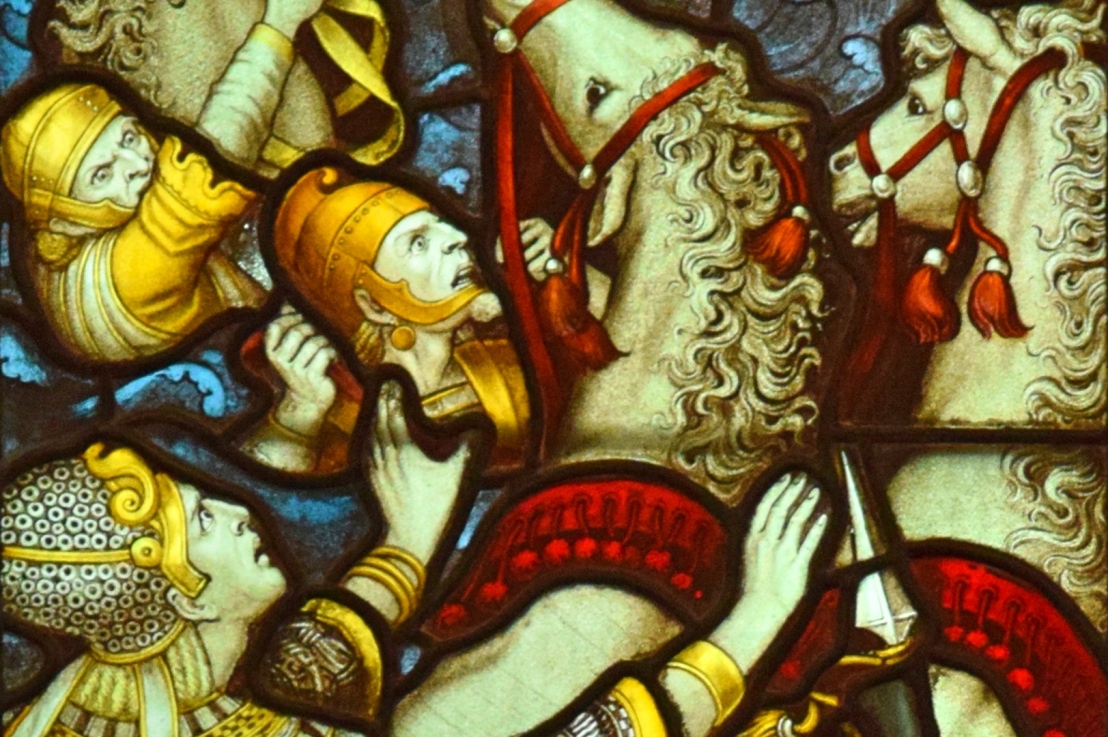 The Song of Moses, also called ‘the Song of the Sea’, is a thanksgiving hymn that celebrates the miracle of the Red Sea and the Exodus of the Israelites from Egypt. It also looks forward to the founding of the Temple of Jerusalem.

Pope Francis explains: “The book of Exodus tells us about Moses and Miriam, brother and sister, who raise a hymn of praise to God on the shores of the Red Sea, together with the community that God has freed from Egypt. They sing their joy because in those waters God saved them from an enemy who sought to destroy them.”

He continues: “Moses himself had previously been saved from the water and his sister had witnessed the event. (cf Exodus 2:1-10) … The story of the rescue of Moses from the waters thus prefigures a greater rescue, that of the entire people, whom God would let pass through the waters of the Red Sea, before closing them on their enemies.”

The Old Testament includes other songs credited to Moses – a psalm and a song of witness (Deuteronomy 31:19-22, 30; Psalm 90). The Bible says that the song of witness was composed to help people to more easily remember its message. The Song of the Sea was probably a similar memory aid, to help future generations of Israel to recall the dramatic events that took place at the Red Sea.

On this note, Pope Francis remarked on the fact that the Song of the Sea was sung not just by Moses, but by all of the Israelites. He said: “For Moses, individual experiences are linked to an even greater history, that of the salvation of the people of God. We see it in the song intoned by the Israelites. It begins with an individual story: “The Lord is my strength and my song, and He has become my salvation” (Exodus 15:2). But later it becomes a narrative of salvation for all the people: “You have led in your steadfast love the people whom you have redeemed” (v.13).”

This memorial window of the Song of Moses is full of striking detail. It dates to 1912 and is the work of Kempe & Co. Note the terror on the faces of the drowning Egyptians, while the Israelites celebrate the miracle in song onshore. Reflecting the text, Miriam is leading the women in the chorus to the accompaniment of a tambourine. However, not all of the Israelites seem as happy about the event. Look out for the child on the left, who is clearly traumatised by the sight of the dying men.

Where to find this work of art

The Cathedral of St Michael and St George