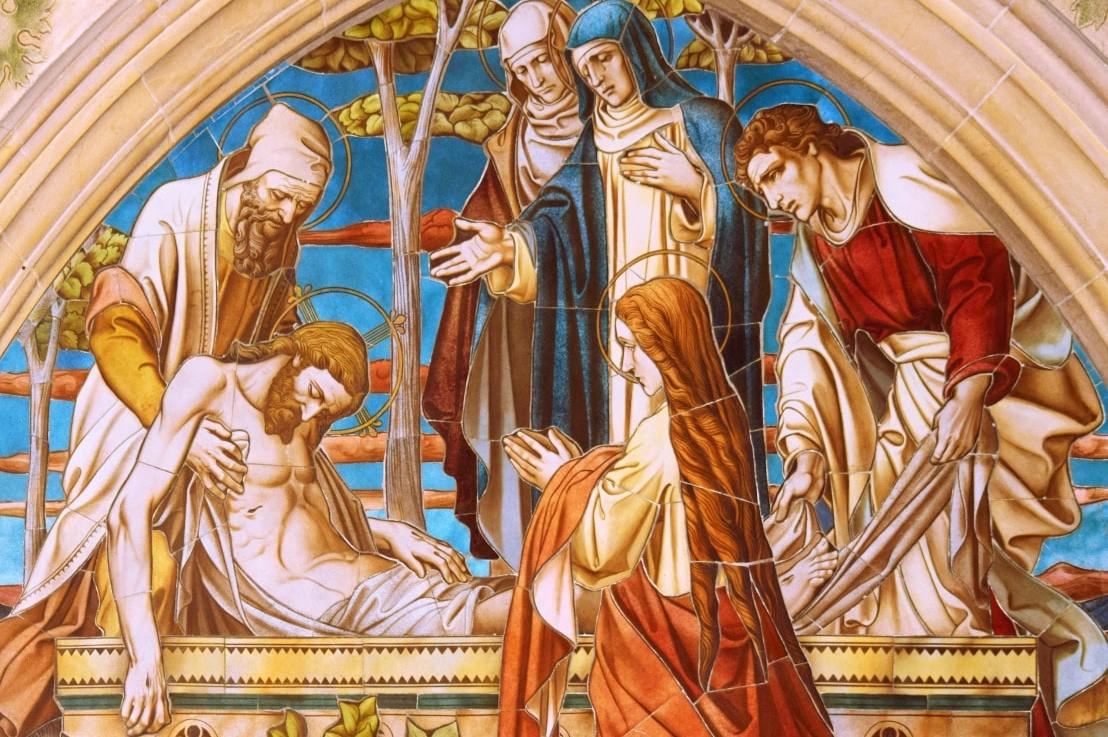 The story of the burial of Christ in a garden tomb is told most vividly in the Gospel of John, although it’s covered in the other gospels too (Matthew 27:57-61; Mark 15:42-47; Luke 23:50-56). Nicodemus and Joseph of Arimathaea – who were secret disciples of Christ – came to help remove, anoint and bury his body. Several women who had come from Galilee with Jesus were also present at the burial. The body of Christ was wound in linen cloths and then laid in an empty tomb in a nearby garden.

The moment of the enshrouding of the body is depicted here in opus sectile, a form of ceramic art where larger tiles are combined together to form an image. The ancient technique of opus sectile was revived by the Arts and Crafts movement and was a favourite of John Francis Bentley, who designed this scene. The image, which was then drawn by George Daniels, is found within the sanctuary of the Gothic Revival church of Holy Rood in Watford.

The scene appears to be loosely based upon the famous painting of the entombment of Christ by Caravaggio. The body of Christ is laid out on the anointing stone by Nicodemus (with his hands under the armpits) and the youthful St John (who is holding the linen shroud). The woman with the long red hair kneeling in prayer is St Mary Magdalene. The Virgin Mary grieves in blue, accompanied by St Mary, the mother of Joset. The focus of all those in the scene is on the dead Christ, whose wounds are clearly visible. Note the discarded crown of thorns on the ground to the bottom left, almost as if Christ had dropped it there himself during the burial process.

The time Christ spent buried in the tomb is recalled each year by the Church on Holy Saturday, while the linen shroud in which Christ was wrapped is believed by many to be preserved at the Cathedral of St John the Baptist in Turin, Italy. 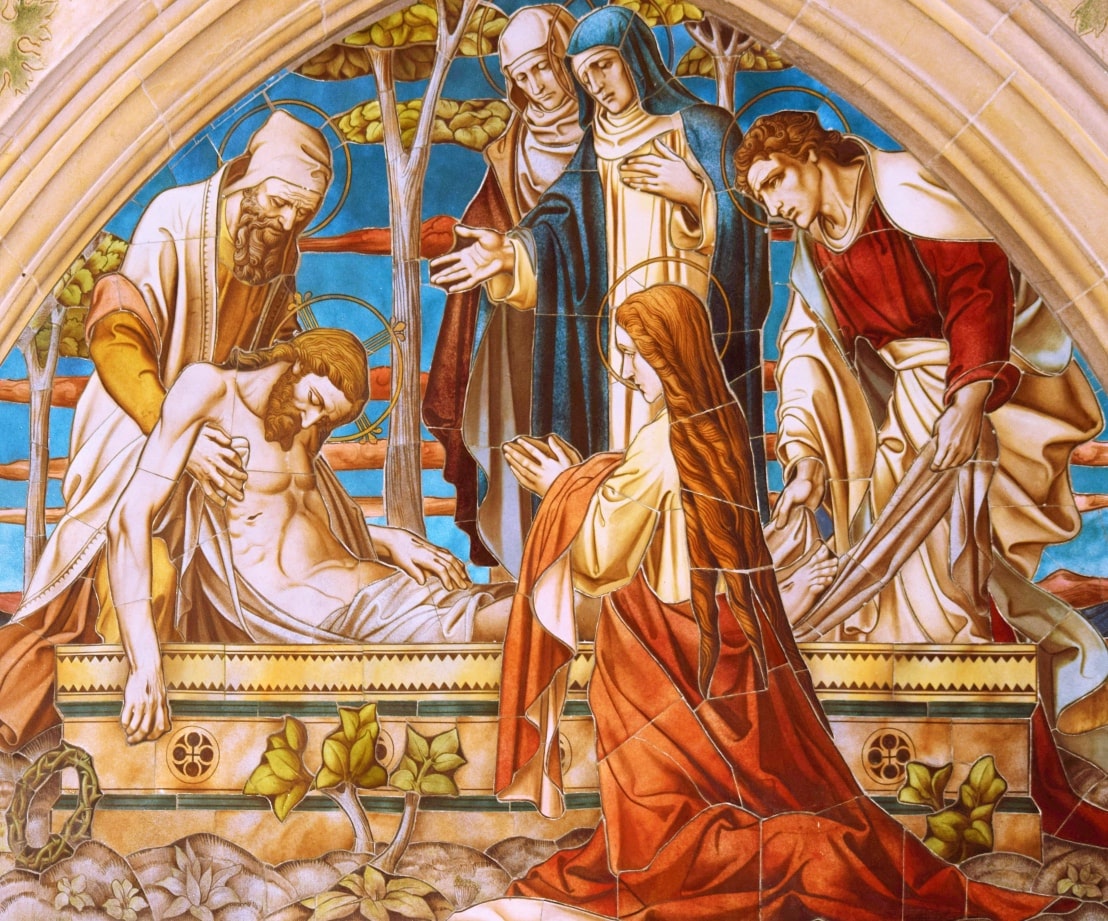