The story of Deborah is one of the oldest in the Bible and is found in the book of Judges. The Judges were the first religious and political leaders of Israel. Deborah was one of the earliest of them. As well as being a judge over Israel, she was also a prophetess. People came to her for religious guidance. Like the other judges, she also directed military campaigns.

After consulting God, she instructed the head of the Israelite army, Barak, to march against the Canaanites at Mount Tabor. Through prayer, Deborah foresaw that the Canaanites would be defeated, not just by the army, but through the actions of a lone female assassin. Sisera, the military leader of the Canaanites, escaped the battlefield and took refuge in the tent of Jael, the wife of Heber. However, while he was sleeping on a rug, Jael killed him – by hammering a tent peg into his head!

This stained glass scene was designed by the neo-Gothic revivalist John Francis Bentley and dates to the late 1890s. The window shows Deborah holding a harp, leading a song to celebrate both Israel’s victory and Jael’s bravery. In a nice touch, her harp is in the shape of her initial, the letter ‘D’.

The scene sits in the former Lady Chapel, alongside those of other Old Testament women who also played key roles in the history of Israel (such as Miriam). As a woman who brought deliverance to Israel, Deborah is presented here as a forerunner of the Virgin Mary. 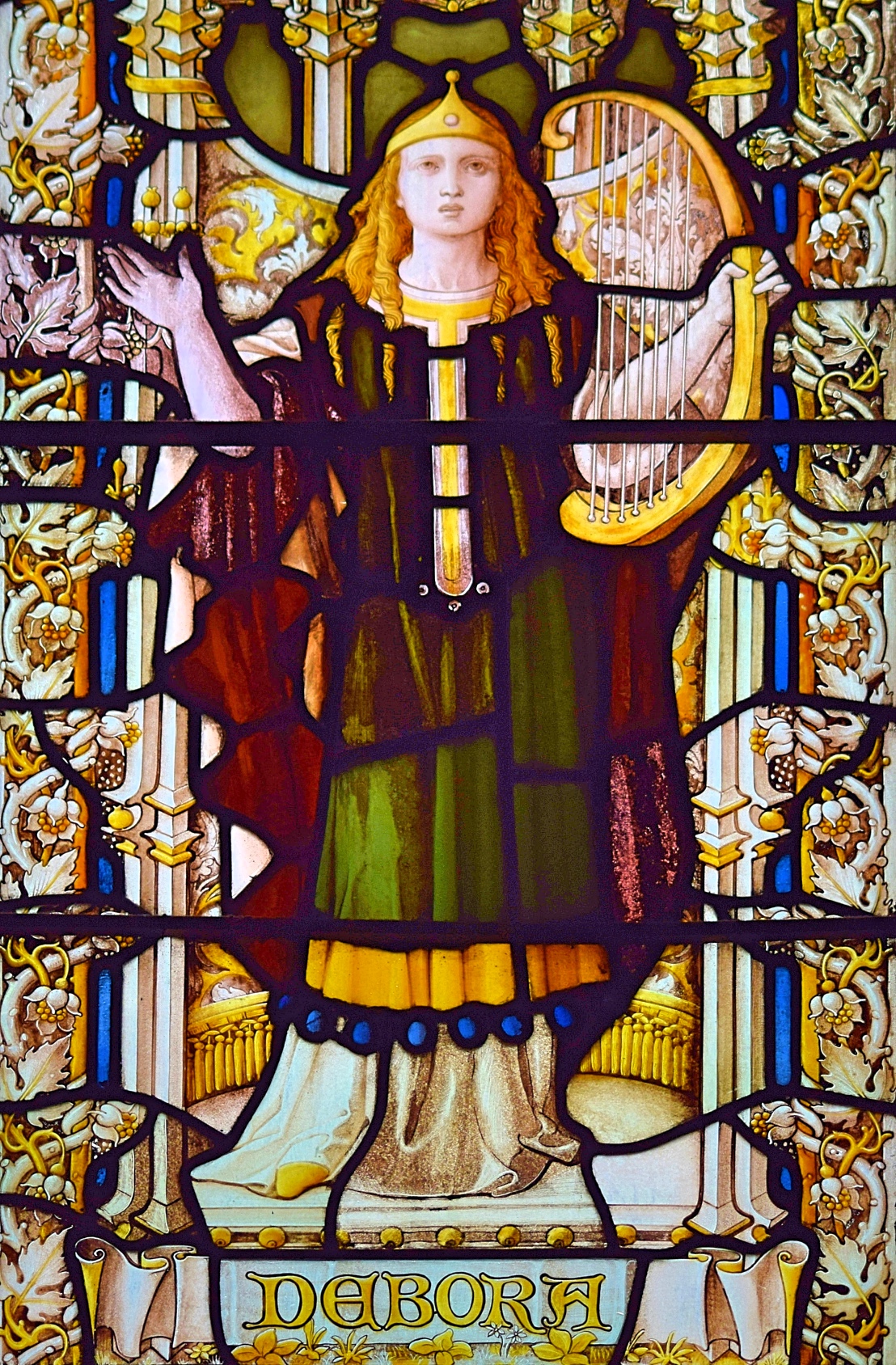 Where to find this work of art
Corpus Christi, Brixton