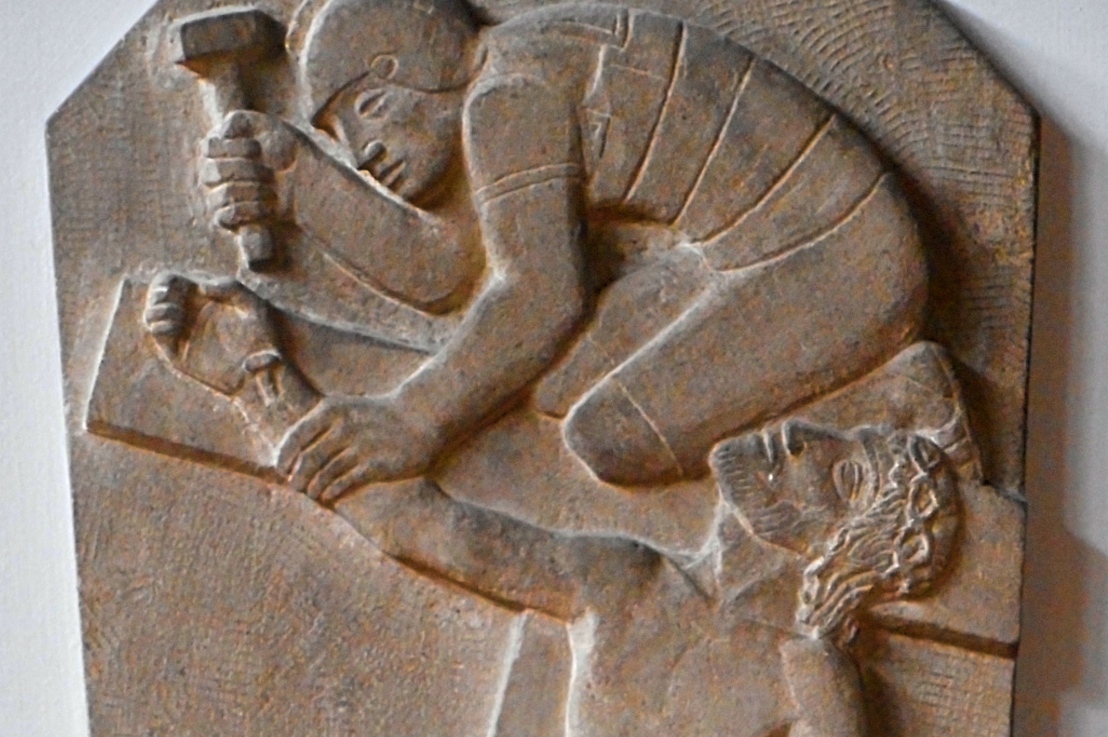 This sculpture of the crucifixion of Jesus was created in the 1950s by Philip Lindsey Clark, when the church of the Holy Apostles, Pimlico, was originally built. It is one of the fourteen Stations of the Cross found on the pillars around the church, carved in a similar fashion.

St Matthew tells us that Jesus was crucified by “the governor’s soldiers” – i.e. the Roman soldiers of Pontius Pilate. (Matthew 27:27-31). Crucifixion was a cruel Roman punishment for criminals and slaves. It involved fixing the victim with nails to a wooden cross. Nails were commonly driven into the wrists, rather than the palms, as in this depiction.

The ‘Five Wounds‘ of the crucified Christ (both hands, both feet and the side, which was pierced by a lance – John 19:33-34) later became a favourite subject for both Christian art and devotion. Similarly, the popular Catholic prayer and hymn, Anima Christi (Soul of my Saviour), reflects devotion to the wounds Christ suffered during the crucifixion. 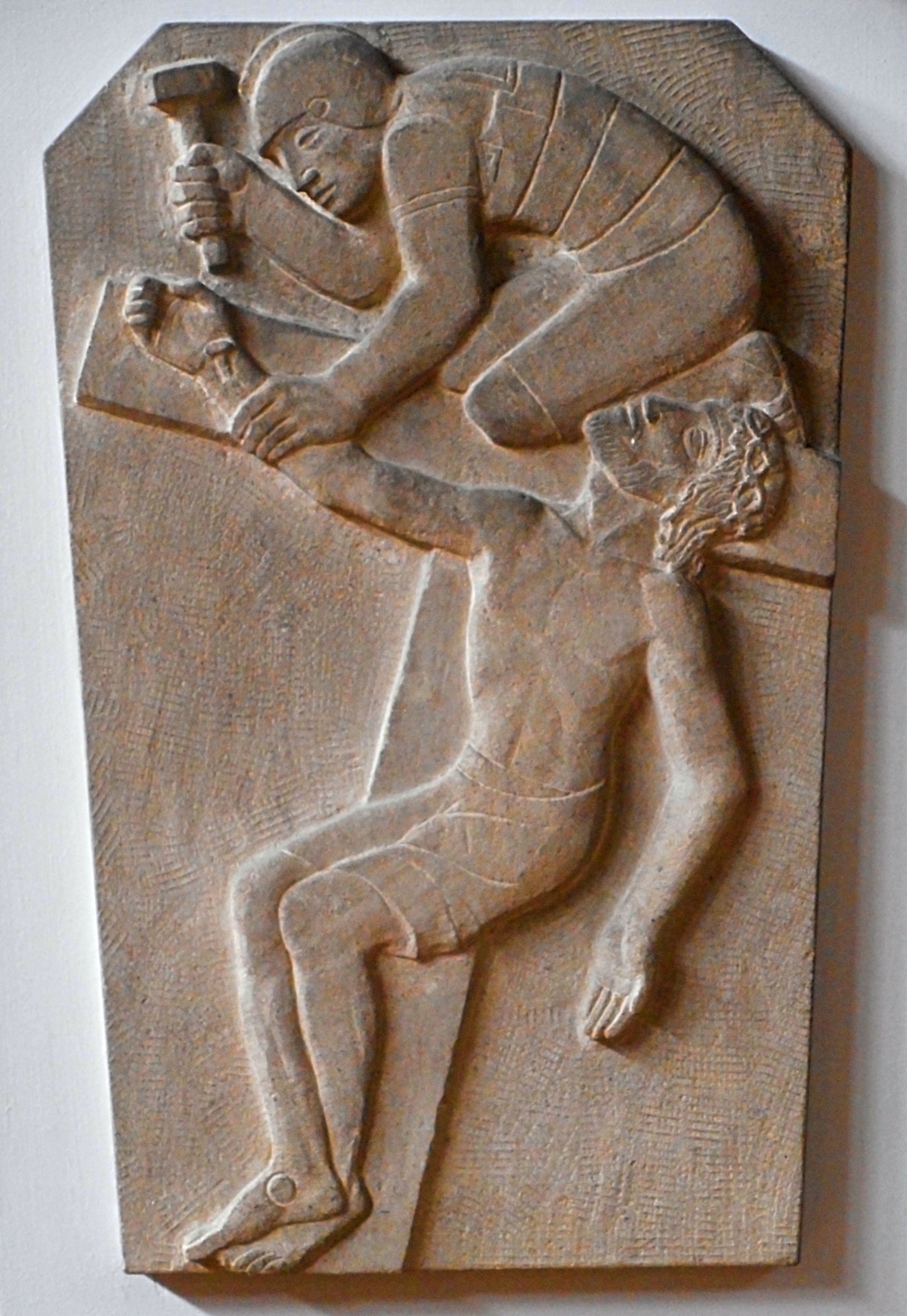 Where to find this work of art
Holy Apostles, Pimlico