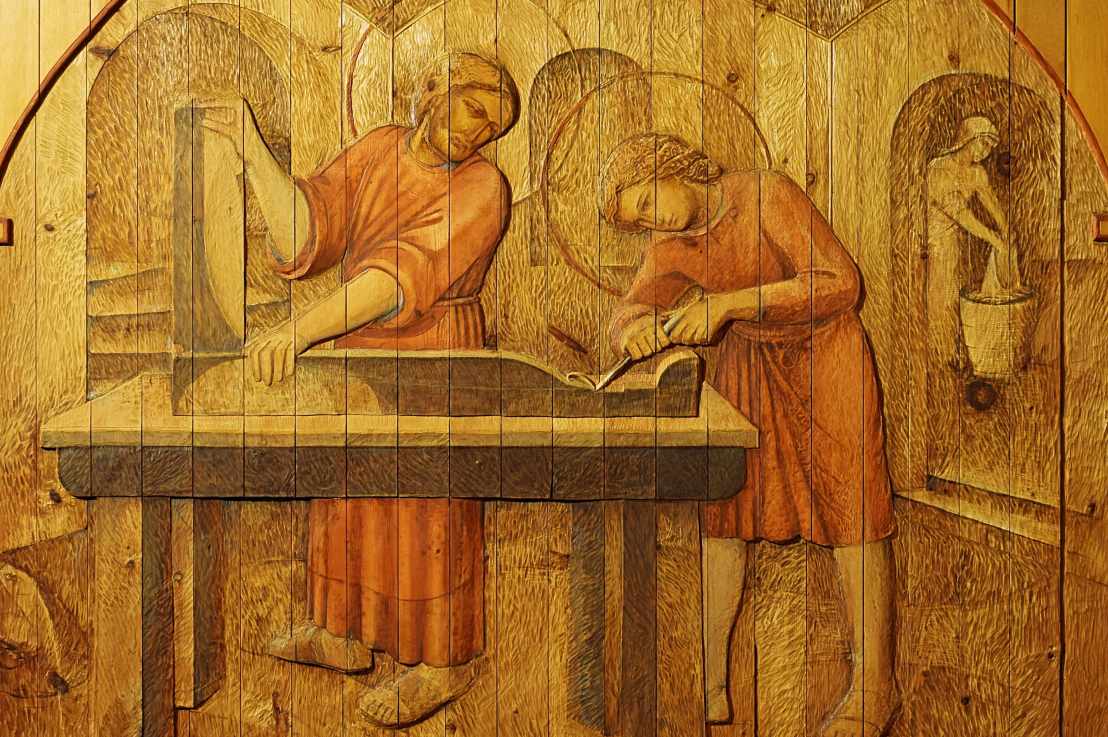 Although it’s a favourite subject in art, little is actually known of the childhood of Christ. All we know is that after his birth in Bethlehem, he grew up in Nazareth, living in obedience to his parents.

As Pope St John Paul II said: “The Gospels offer very sparse information about the years the Holy Family spent in Nazareth. St Matthew tells of the decision taken by Joseph, after the return from Egypt, to make Nazareth the Holy Family’s permanent home (cf. Matthew 2:22-23), but then gives no further information except that Joseph was a carpenter (Matthew 13:55).”

He added: “For his part, St Luke twice mentions the Holy Family’s return to Nazareth (cf. Luke 2:39,51) and gives two brief references to the years of Jesus’ childhood, before and after the episode of the pilgrimage to Jerusalem: “The child grew and became strong, filled with wisdom; and the favour of God was upon him” (Luke 2:40), and “Jesus increased in wisdom, age and grace before God and men” (Luke 2:52).”

What we do know is that Christ spent most of his life, including his childhood, teenage years and twenties, in the small provincial town of Nazareth (Luke 4:16). Nazareth was in Galilee, far from the hustle and bustle of Jerusalem. Many thought that the Messiah could not possibly come from somewhere like that (John 1:45-46; 7:41, 59).

This is why it’s significant that Christ was popularly known as “Jesus of Nazareth”. Despite his miracle-working, he was still thought of as a country boy. His origins in Nazareth were even reflected in the sign that Pontius Pilate fixed to the cross (John 19:19). After his resurrection, Christ himself owned that identity, telling St Paul: “I am Jesus of Nazareth, who you are persecuting.” (Acts 22:8)

The gospels tells that in Nazareth, Christ was known as “the carpenter” (Mark 6:1-3) or “the carpenter’s son” (Matthew 13:55). This suggests that he learned his trade from St Joseph. This detail has inspired a long artistic tradition of picturing the Child Jesus in the workshop of St Joseph, as in this example.

Found in the Chapel of St Joseph within Liverpool Metropolitan Cathedral, this wood-carving gives us a glimpse into Christ’s early life. The scene was carved and painted on the chapel walls in 1995 by the artist Stephen Foster. It forms part of a wider scheme of St Joseph’s life that Foster originally created in the chapel back in 1983.

This folk image of Christ’s childhood pictures St Joseph teaching Christ the art of carpentry. In the background, the Virgin Mary is seen washing clothes. Since they were not well-off, their house is simple and plain. In a neat touch, Christ’s wood-working skills are mirrored by the artist’s own use of wood to create the scene.

Where to find this work of art
Metropolitan Cathedral of Christ the King, Liverpool