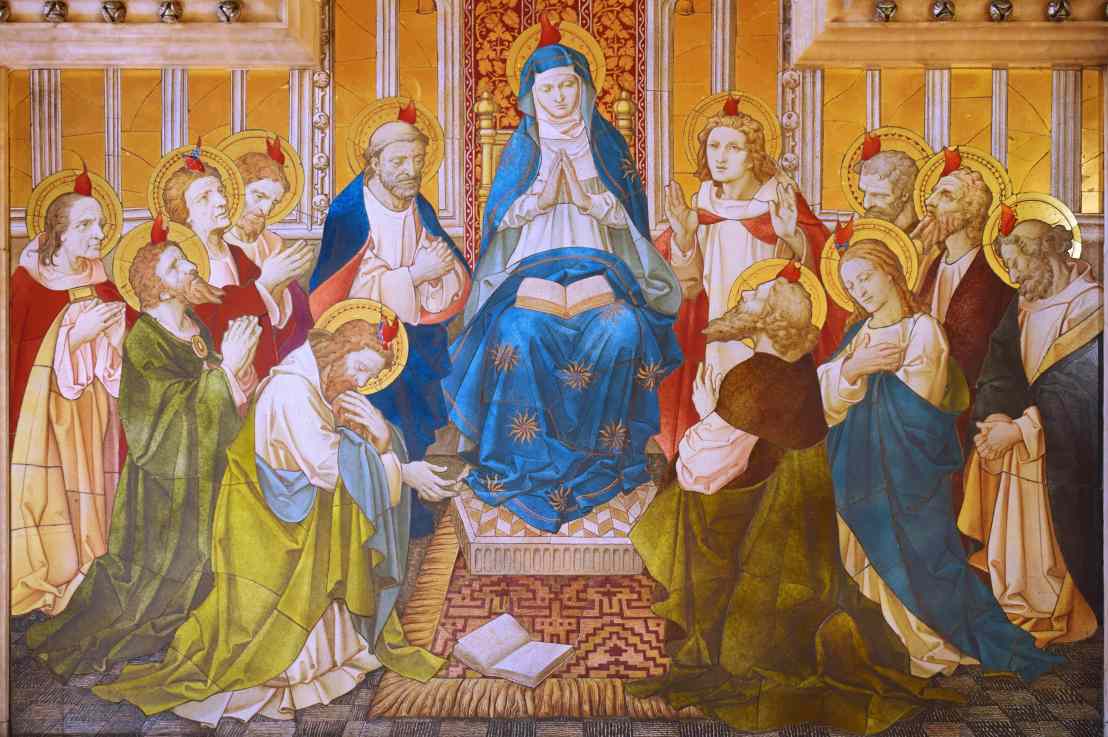 Begin with the Our Father.
Read each verse, then say the Hail Mary.
At the end of the decade, say the Glory Be.
Optionally, finish with the Fatima Prayer below.

1 All of the apostles were constantly engaged in prayer, together with the women and Mary the mother of Jesus, and with his brethren.

2 When the day of Pentecost arrived, they were all assembled together in one place.

3 Suddenly, there came from heaven a sound similar to that of a violent wind, and it filled the entire house in which they were sitting.

4 Then there appeared to them tongues as of fire, which separated and came to rest on each one of them.

5 All of them were filled with the Holy Spirit and began to speak in different languages, as the Spirit enabled them to do so.

6 Now staying in Jerusalem there were devout Jews from every nation under heaven.

7 At this sound, a large crowd of them gathered, and they were bewildered because each one heard them speaking in his own language.

8 Then Peter proclaimed to them in a loud voice: “It will come to pass in the last days, God declares, that I will pour out my Spirit.”

9 “Repent, and be baptized, every one of you, and you will receive the gift of the Holy Spirit.”

10 Those who accepted his message were baptized, and on that day about three thousand people were added to their number.

The Fatima Prayer: O My Jesus, forgive us our sins, save us from the fires of Hell, lead all souls to Heaven, especially those in most need of your mercy.

Back to the menu / The Fourth Glorious Mystery: The Assumption of the Virgin

2 thoughts on “+ Third Glorious Mystery: The Descent of the Holy Spirit”