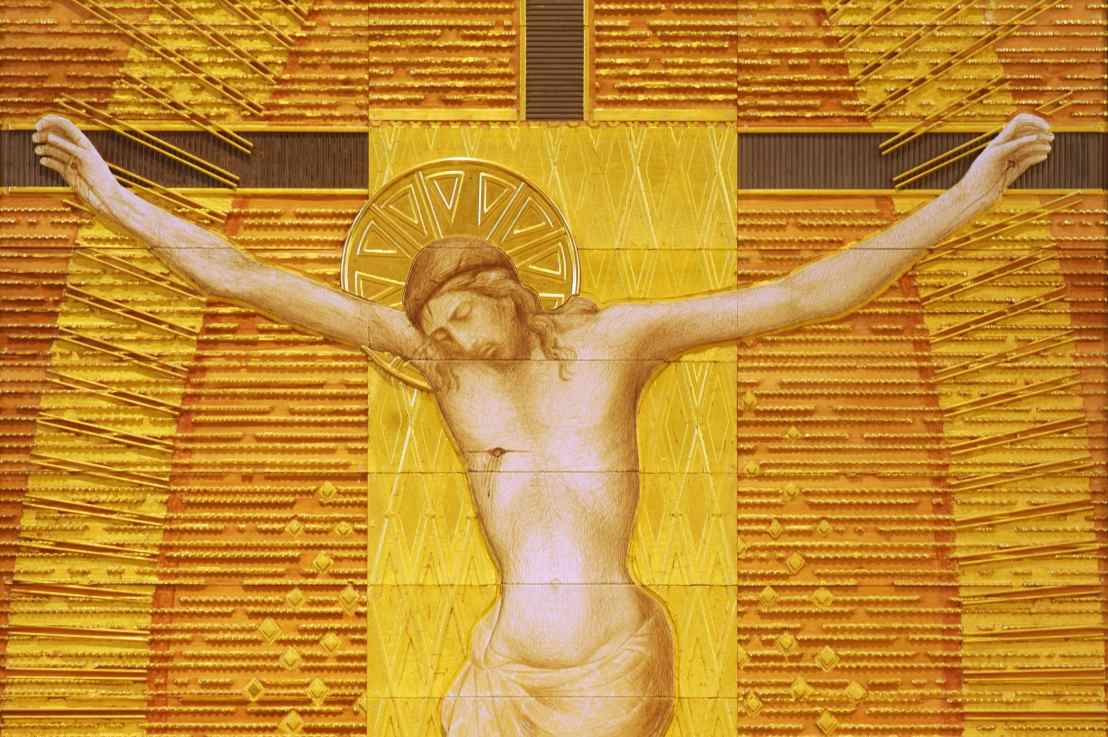 Psalm 22, traditionally thought to be by King David, is a heartrending prayer for relief from suffering. From the gospels, however, we learn that the psalm is also a coded reference to the crucifixion of Christ. There are a number of reasons why this is.

Firstly, St John’s gospel says that while Christ was being crucified, the soldiers involved shared out his clothes between them. St John wrote: “This was to fulfil what the scripture says, ‘They divided my clothes among themselves, and for my clothing they cast lots.’ ” (John 19:24) This quote from Psalm 22:18 directly links the song with the death of Christ.

Secondly, while dying on the cross, St Matthew and St Mark tell us that Christ cried out: “My God, my God, why have you forsaken me?” (Matthew 27:46; Mark 15:34). As Pope Benedict XVI once explained: “The words that Jesus addresses to the Father are the beginning of Psalm 22[21], in which the Psalmist expresses to God his being torn between feeling forsaken and the certain knowledge of God’s presence in his People’s midst.”

And thirdly, the words of Psalm 22:16, “they have pierced my hands and my feet”, have long been considered a reference to the crucifixion. Scholars have argued over the exact translation of this verse, but this precise phrase is found in the oldest version of the biblical text (within the Dead Sea Scrolls).

This beautiful relief panel of the crucifixion dates to around 2015 and is by the late Catholic artist, Stephen Foster. The artwork is made up of a series of wooden panels and gold-painted carvings. The image of Christ was most likely created using a drawing that was then digitally reproduced onto wood, a technique Foster used elsewhere.

His tall panel dominates the sanctuary of Our Lady of Victories, in Kensington. Gilded carvings of the symbols representing the Four Evangelists are found in each of the four corners of the artwork. Beneath the cross are the Greek letters A and O (Alpha and Omega), which represent Christ as “the first and the last, who was dead and came to life” (Revelation 2:8).

Where to find this work of art
Our Lady of Victories, Kensington