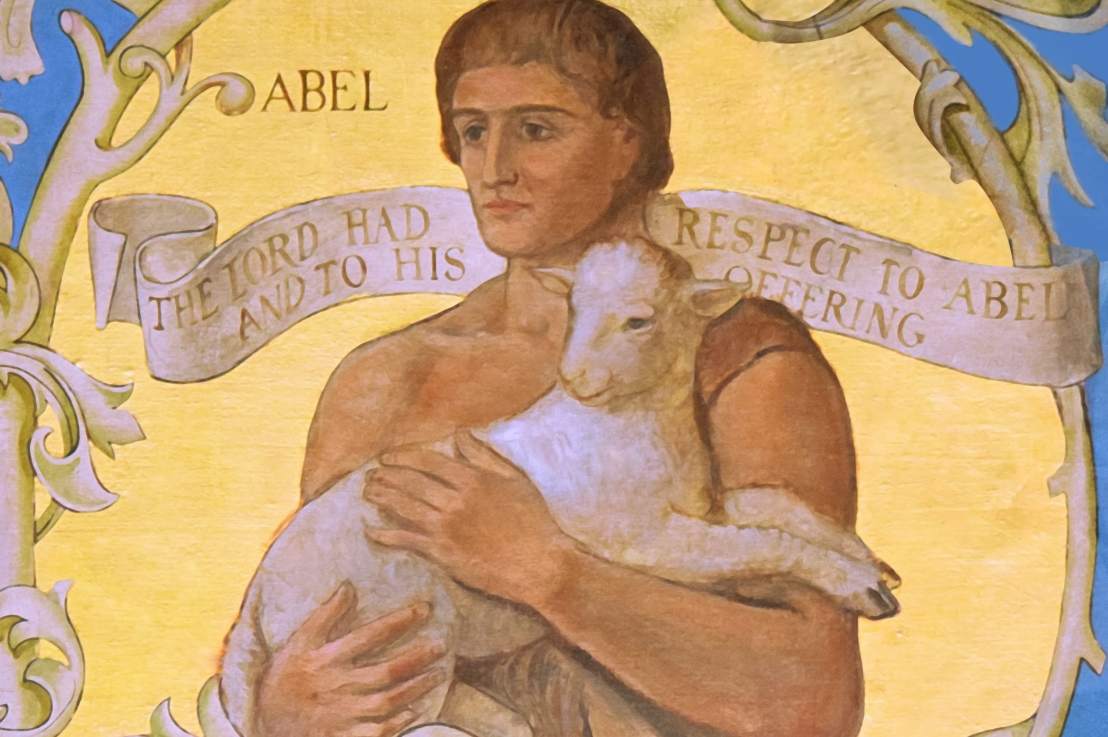 The story of Cain and Abel is of a family feud that ended in tragedy. It speaks of one man’s simple faith – and another’s murderous rage. Later, Abel’s bloody death also became a symbol of the sacrifice of Christ.

Genesis says that Adam and Eve’s two eldest children were Cain and his brother Abel. When they grew up, Cain became a farmer and Abel, a shepherd. One day, they both offered sacrifice to God — Abel, one of his best lambs, while Cain offered some of his crops. God let it be known that he approved of Abel’s heartfelt sacrifice, which was a sign of his great faith (cf Hebrews 11:22).

However, God was disappointed with Cain’s sacrifice, probably because the offering was from his left-overs. When Cain realised that his brother had outshone him, he was filled with anger and jealousy. Giving way to hatred, Cain asked Abel to go with him into the fields – and there he murdered him (cf Wisdom 10:3; 1 John 3:11-15).

Pope St John Paul II began his encylical letter Evangelium Vitae with some thoughts on this story. He wrote: “This first murder is presented with singular eloquence in a page of the Book of Genesis which has universal significance: it is a page rewritten daily, with inexorable and degrading frequency, in the book of human history.”

The pope continued: “As we read in the Catechism of the Catholic Church: “In the account of Abel’s murder by his brother Cain, Scripture reveals the presence of anger and envy in man, consequences of original sin, from the beginning of human history. Man has become the enemy of his fellow man.” ”

The pope then drew conclusions from the incident for the present day. He wrote: “Before God, who asks him about the fate of Abel, Cain, instead of showing remorse and apologizing, arrogantly eludes the question: “I do not know; am I my brother’s keeper?” (Genesis 4:9). “I do not know”: Cain tries to cover up his crime with a lie. This was and still is the case, when all kinds of ideologies try to justify and disguise the most atrocious crimes against human beings.”

He added: “”Am I my brother’s keeper?”: Cain does not wish to think about his brother and refuses to accept the responsibility which every person has towards others. We cannot but think of today’s tendency for people to refuse to accept responsibility for their brothers and sisters.”

Christ would later describe murdered Abel as a prophet (Luke 11:50-51). This was because aspects of his life and death pointed towards Jesus. Not only was Abel the original ‘Good Shepherd’, his sacrificial lamb was a sign of Christ as the Lamb of God (cf John 1:29). Like Christ, he was a silent victim – and his innocent blood cried out to God (Mark 14:61; Hebrews 12:24).

This mural painting of Abel holding his lamb offering is found within the sanctuary of Holy Ghost church, in Basingstoke. It’s thought to be by the Gothic Revivalist Nathaniel Westlake and dates to the early 20th century. The scroll contains a quotation from Genesis 4:4.

Abel appears alongside other people from the Old Testament (such as the Prophet Joel), whose lives in some way pointed towards the coming of Christ. The overall mural reflects a Jesse Tree theme, with its swirling branches encircling each of the characters. Abel is pictured wearing a woollen coat, reflecting his role as a shepherd. 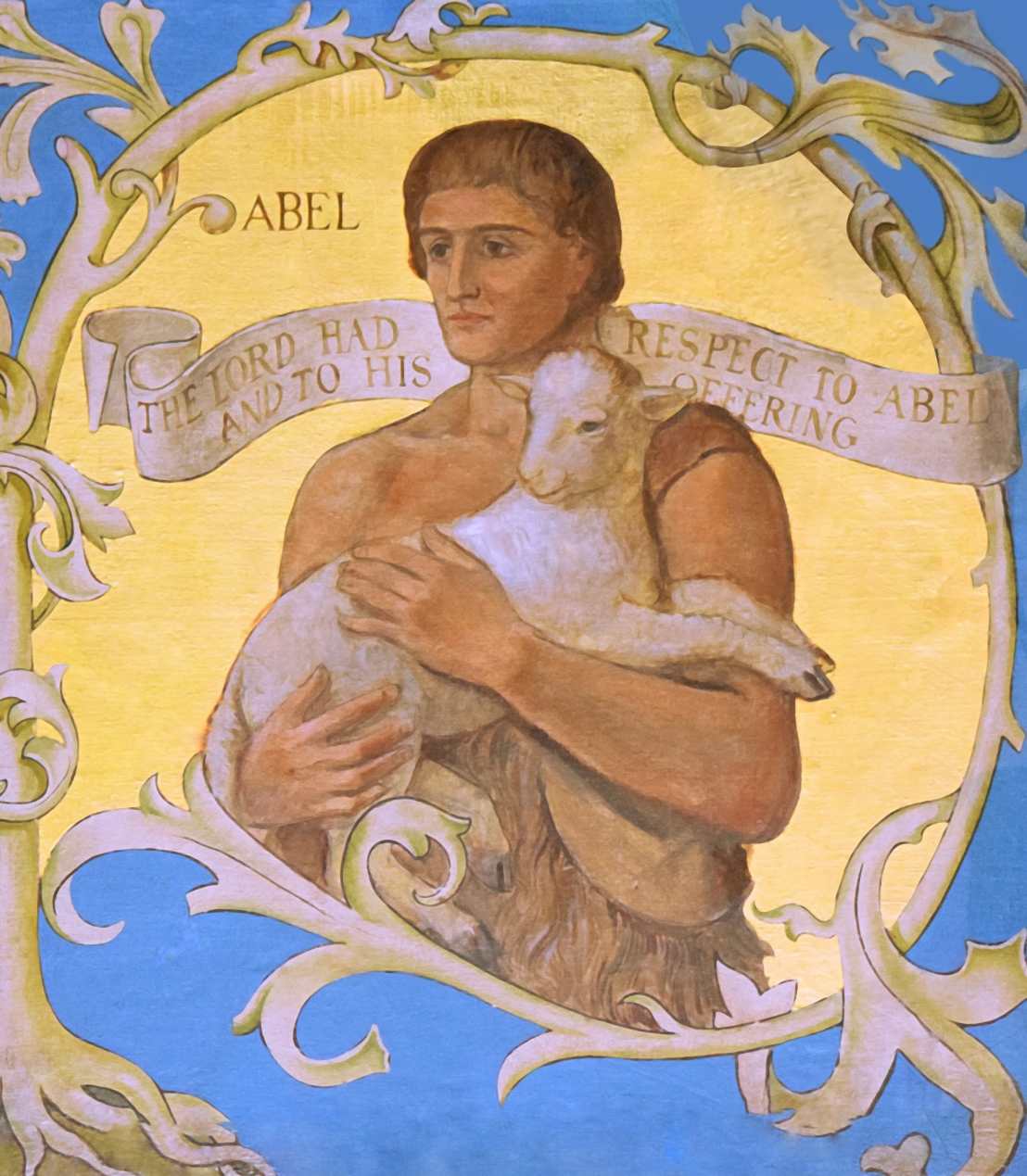 Where to find this work of art
Holy Ghost, Basingstoke