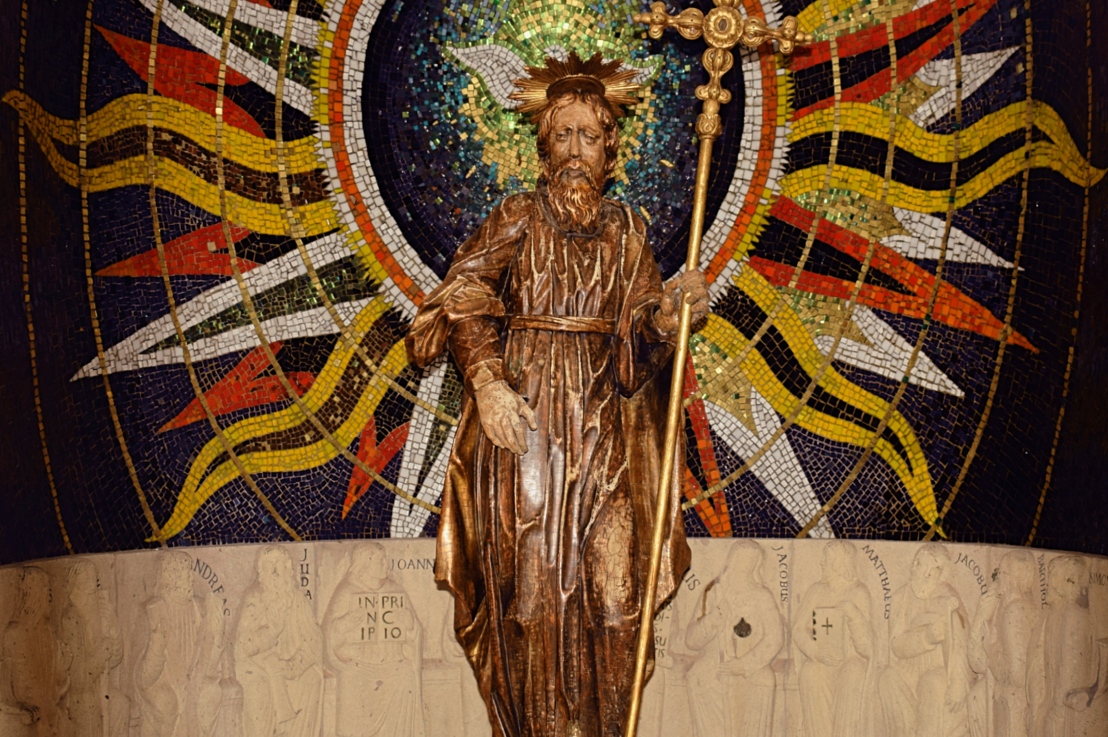 St Jude was also one of the ‘brothers’ of Christ mentioned in the gospels (Matthew 13:55; Mark 6:3). However, he was not the son of St Joseph and the Virgin Mary. As he says in the first line of his letter, he was the brother of St James Minor. The gospels tell us that St James Minor was the son of Alphaeus, not St Joseph (Matthew 10:3). This means that both St James and St Jude were members of Christ’s wider family.

The Gospel of St John tells us that St Jude once asked Christ, “Lord, how is it that you will reveal yourself to us, and not to the world?” In response, Christ told him: “Those who love me will keep my word, and my Father will love them, and we will come to them and make our home with them.” (John 14:22-24) Beyond this, we don’t know much about his life. The Church historian Eusebius reports that his grandchildren owned land, and were farmers. Perhaps this suggests that St Jude also worked on the land before becoming an apostle.

Scripture scholars have debated whether St Jude actually wrote the letter named after him. One possibility is that like the other apostles, he had the help of a secretary (cf Romans 15:22; 1 Peter 5:12). His letter is very similar to the Second Letter of St Peter, which suggests that one of them is a commentary on the other. His letter also speaks particularly to Jewish Christians. We know this because he refers to a lot of stories from the Old Testament and to a number of Jewish traditions.

The letter of St Jude criticises troublemakers and false teachers in the Church, condemning them in rather strong terms. It urges its readers to stay true to the faith that had been handed on to them in the beginning and to beware of divisive people. On a more positive note, it also encourages people to be merciful to one other.

The National Shrine of St Jude, run by the British Province of the Carmelites, houses this impressive wooden statue of the apostle. It is Spanish and dates to the sixteenth century. The shrine statue is set against a backdrop of a mosaic, by the artist Michael Leigh, of the Holy Spirit descending upon St Jude. Around the statue there are also carvings of his fellow-apostles by the sculptor Anthony Foster. In the entrance hall, the first lines of St Jude’s letter can be found displayed in large letters.

Where to find this work of art
The National Shrine of St Jude, Faversham