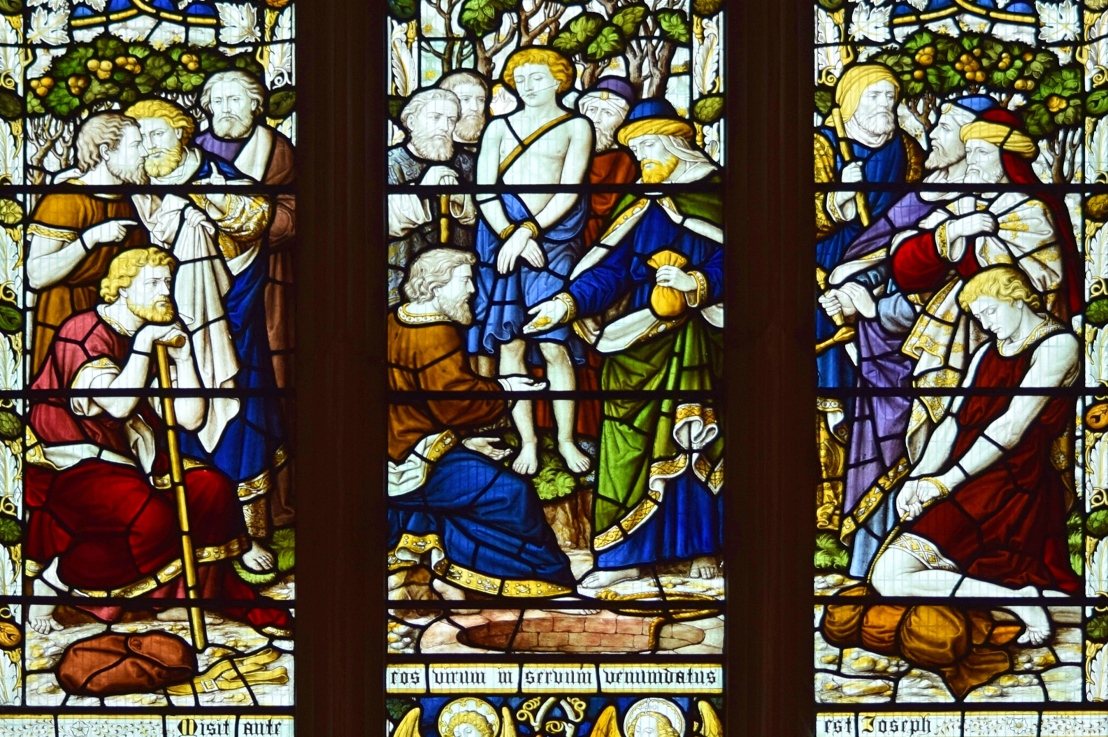 The book of Genesis tells us that Jacob, the ancestor of the nation of Israel, had twelve sons in total. His favourite son was Joseph, the firstborn son of his beloved wife Rachel. However, the teenage Joseph was not popular with his other brothers. There were three reasons for this.

Firstly, he used to report back to their father that they were not caring properly for his flocks. Secondly, he angered them by sharing one of his dreams, in which the whole family symbolically bowed down to him. And finally, his father Jacob had given him a many-coloured coat as a sign of his favour. Angry and jealous, they hated him so much that they could no longer bear to speak to him.

Things got so bad that the brothers decided to do away with him. One day when Joseph went to the fields to check up on them, they threw him into a pit and discussed how best to kill him. During this discussion, one of the brothers – Judah – came up with a different plan. He proposed that they get rid of him by selling him to a group of passing merchants instead.

This is what they decided to do, and poor Joseph was taken to Egypt as a slave. Only years later would they be reunited, when he had risen to power in Egypt and they went to him to beg for food during an international famine.

The story of Joseph has a deeper meaning, beyond the very human story of sibling rivalry and reconciliation. Pope St John Paul II explained: “The Old Testament figure of Joseph has always been seen as a foreshadowing of Jesus Christ. Jesus too was betrayed. He was given up to death on the Cross. All share in that death because the Son of God accepted the Sacrifice of the Cross as an offering for the sins of the world.”

Both Joseph and Jesus were betrayed by someone named Judah/Judas (it’s actually the same name). In both cases the deal was done in exchange for many pieces of silver – 20 for Joseph and 30 for Jesus (Genesis 37:26-28; Matthew 26:14-16). Their betrayal also led to them both being saviours. While Joseph saved many lives from a famine, Jesus went on to become Saviour of the world.

This stained glass scene, which belongs to the West Window of the Holy Rood church in Watford, reflects this contrast between Joseph and Jesus. It’s by the Burlison & Grylls studio and dates to 1904. The West Window of the church features other Old Testament stories that symbolise the upcoming death of Christ, such as Moses raising the Bronze Serpent.

In this image, the stony-faced brothers are busy selling Joseph into slavery. Judah receives the payment from the merchants (who are wearing turbans), while the young Joseph stands bound in the centre. The brothers on the left are talking about how they will tell their father that Joseph had been killed by a wild animal. One of them is holding his coat, which they will dip in animal blood to make the story more believable. The angels below are displaying an image of the Lamb of God, to reflect the overall theme of the ‘victorious victim’.

The caption in Latin at the bottom of the window, Misit ante faciem eorum virum in servum venundatus est Ioseph, is from Psalm 105:17 and is a summary of the story. It means: “he sent a man ahead of them, Joseph, who was sold as a slave.” The story of Joseph is recapped in both Psalm 105:16-22 and Acts 7:9-16. In both of these texts, the slavery of Joseph is mentioned. The episode may therefore also contain an implied criticism of the slave trade.