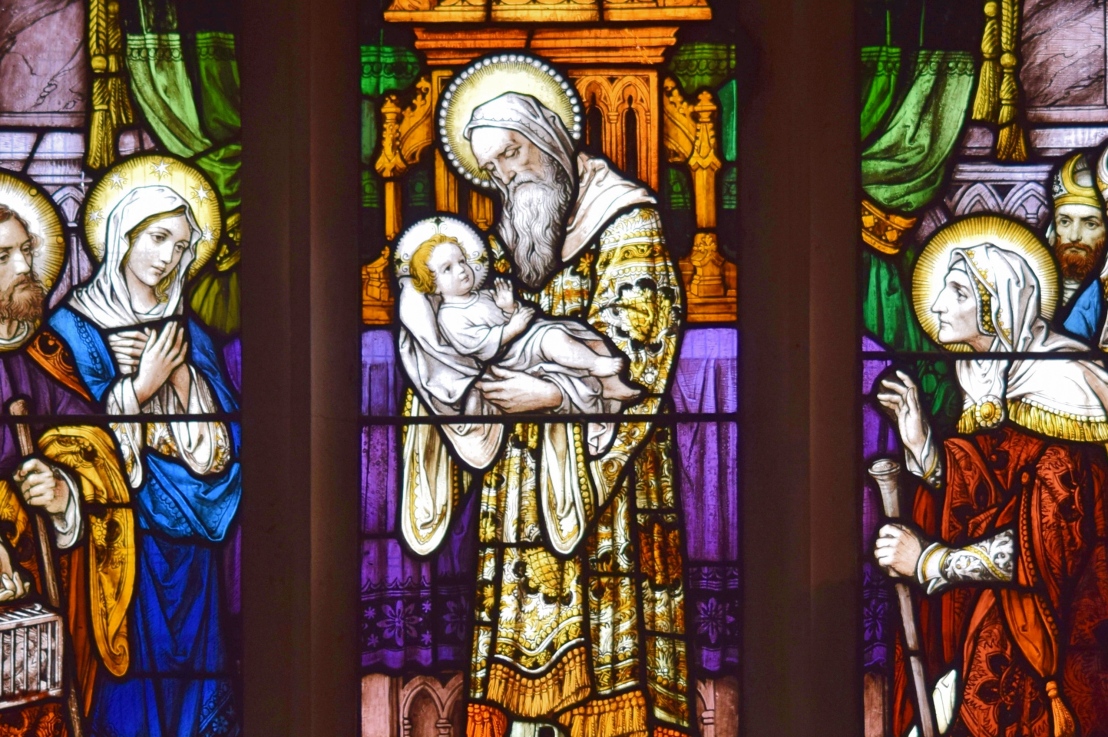 Forty days after the birth of Christ, his parents took him to the Temple of Jerusalem, to present him to God. This was in keeping with the Law of Moses, which required firstborn sons to be offered to God and also for the mother to be ritually purified by a sacrifice (Exodus 13:1-16; Leviticus 12:1-8).

The event is described only in St Luke’s gospel, although it’s covered there in quite some detail. Interestingly, the gospel tells us that St Joseph and the Virgin Mary brought the purification offering that was required only by the poor. In place of a lamb and a dove, the poor were allowed to bring two young pigeons instead.

The story then focuses on the insights of two faithful people who were well into their old age – Simeon and Anna. God had revealed to Simeon that he would see the Messiah before his death. Inspired by the Holy Spirit, that day Simeon made his way to the Temple.

As Pope John Paul II explains: “On that occasion, an extraordinary meeting took place: Mary, when she arrived in the Temple with the Child, was met by the old man Simeon, who took the Baby Jesus in his arms and spoke these prophetic words: “Lord, now let your servant depart in peace, according to your word; for my eyes have seen your salvation which you have prepared in the presence of all peoples, a light for revelation to the Gentiles, and for glory to your people Israel” (Luke 2:29-32).

The pope went on: “Then, speaking to his Mother Mary, he added: “Behold, this child is set for the fall and rising of many in Israel, and for a sign that is spoken against (and a sword will pierce through your own soul also), that thoughts out of many hearts may be revealed” (Luke 2:34-35). So already in the very first days of Jesus’ life we heard the foretelling of the Passion, which will one day include his Mother Mary too: on Good Friday she will stand silently by the Cross of her Son.”

St Luke also tells us that Anna – an elderly prophet who spent her life worshipping in the Temple – spotted the baby and quickly realised that this was a special child. Drawing on her insights as a prophet, she praised God and spread the word about the arrival of the Messiah among those who awaited him.

The Feast of the Presentation of the Lord is celebrated by the Church on 2 February, forty days after Christmas. It was previously known as Candlemas, since on that day candles were blessed to mark the arrival of Christ, the light of the world. The story is also included in the devotion of the Rosary, as the Fourth Joyful Mystery. As such, it has long been a popular subject in Church art.

This colourful stained glass window picturing the Presentation at the Temple dates to 1930 and is by Mayer of Munich. Reflecting that studio’s ornate style, it focuses on Simeon’s praise of God, with the baby Jesus in his arms. To the left, St Joseph is carrying the pigeons required for the offering, while the Virgin is ‘treasuring’ the event in her heart (cf. Luke 2:51). The elderly Anna – and several priests – show their own interest in the child on the right. 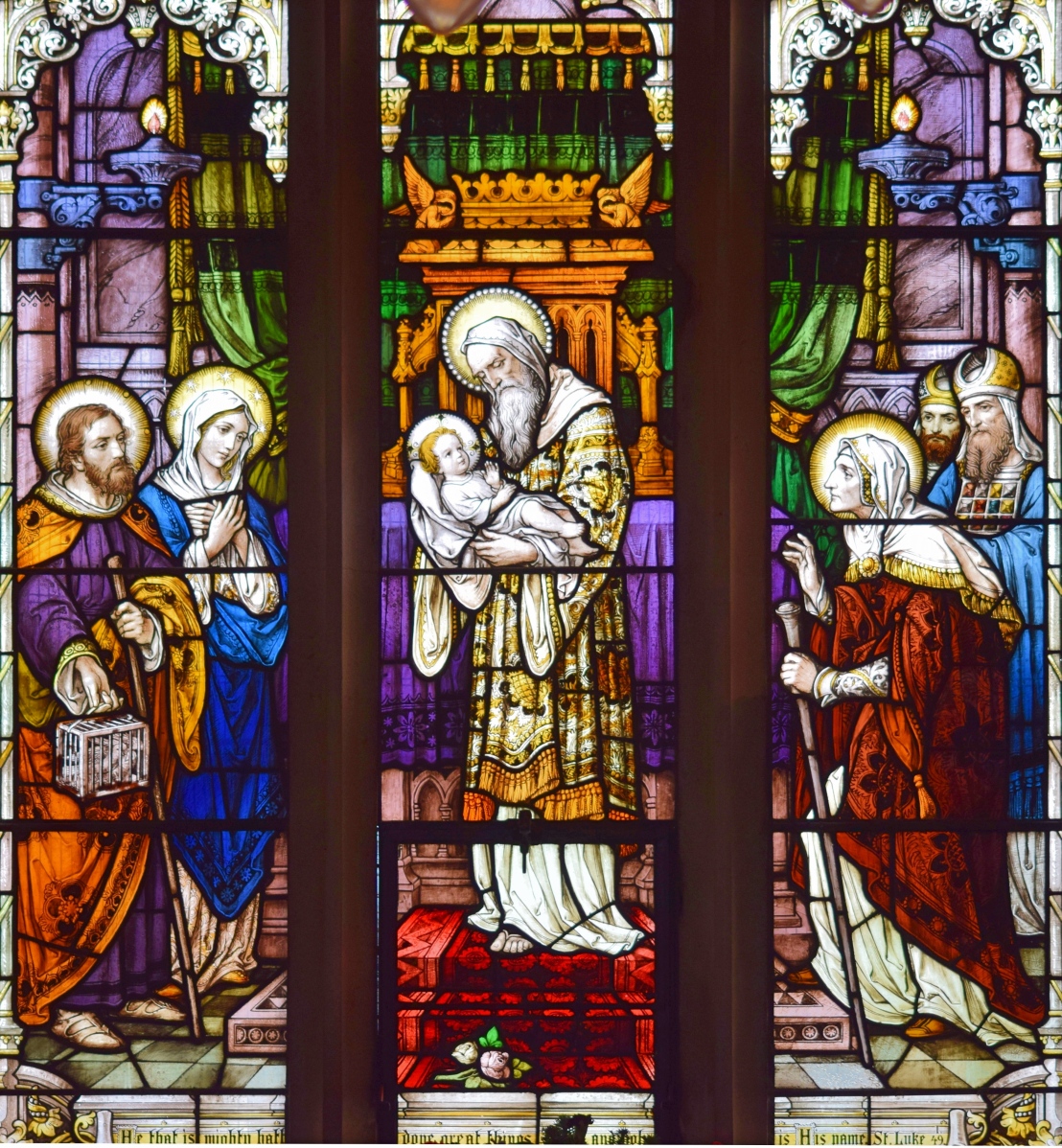 Where to find this work of art
St Monica’s, Palmers Green