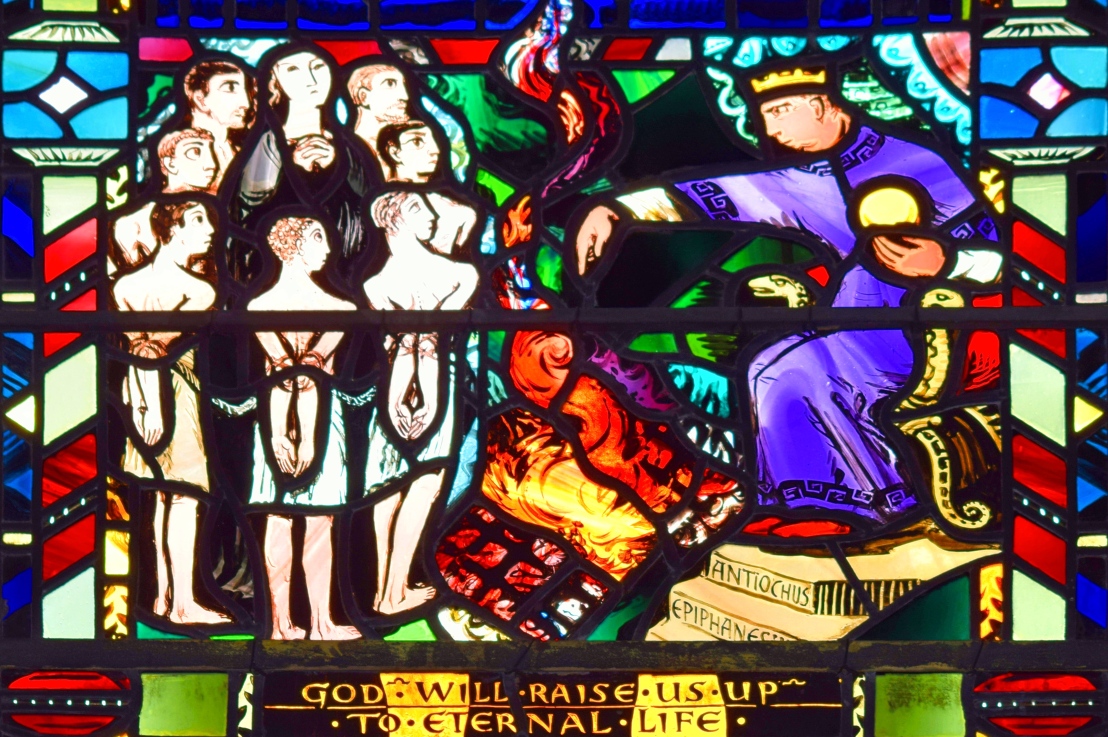 The second book of the Maccabees is one of the last-written books found in the Old Testament. It contains a story of seven brothers and their mother, who were all martyred for their refusal to break the Law of Moses.

A century and a half before Christ, a ruthless man named Antiochus Epiphanes became king of the Seleucid empire. This empire was culturally Greek and covered a wide area of the Middle East. One of its provinces was Judaea – roughly what is now Israel.

In an attempt to promote Greek culture and religion, Antiochus banned Jewish religious practices in Judaea. This led to the arrest of seven Jewish young men and their mother, presumably for breaking this law. The king then tried to force them all to eat pork, which was forbidden under the Law of Moses as an ‘unclean’ food (Leviticus 11:7-8).

When they all refused, Antiochus had them cruelly tormented and then fried to death in a giant pan, one by one. The book of Maccabees describes their bravery, their faith and their hope in the resurrection of the dead. In Christian tradition, the seven sons who went willingly to their deaths were viewed as Christ figures, while their mother who was forced to watch was considered to anticipate the Virgin Mary.

This scene of their martyrdom is by the artist Charles Blakeman and dates to 1953-1956. It shows Antiochus Epiphanes threatening the mother and her sons with death by frying over a fire. Their response, “God will raise us up to eternal life”, is a summary of their faith in the resurrection. The window forms part of a series of Old Testament scenes in stained glass found in the nave of St Etheldreda’s, the oldest Catholic church in London.

Where to find this work of art
St Etheldreda’s, London