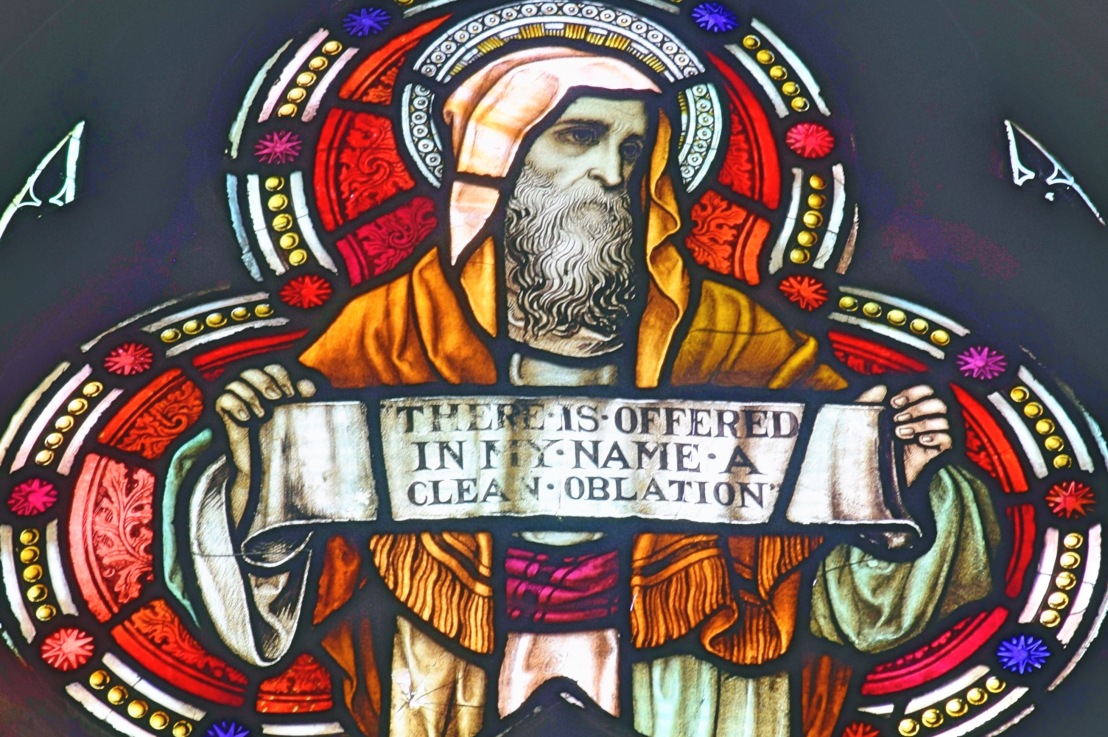 The book of Malachi was written in the 5th century BC, after the reconstruction of the Temple of Jerusalem by Zerubbabel. Malachi was the last of the Twelve Minor Prophets and his name means ‘messenger’. In his book, he wrote about acceptable worship, faithfulness in marriage, the coming of the Messiah and the Day of Judgment.

Malachi may have been a priest, since he said that a priest is “the messenger of the Lord of hosts” – like he was (Malachi 1:1; 2:7). This would help explain his focus on the Temple and his advice for its priests. Like some of the other prophets, he uses a ‘question and answer’ style in his writing, as a way of challenging popular beliefs (1:2,6-7; 2:17; 3:7-8,13). He also had a concern for social justice, criticising those who oppressed workers, widows and foreigners (3:5).

In his book, Malachi described a different kind of sacrifice, other than those offered in the Temple of Jerusalem. In the name of God, he told the Jewish priests of his day: “I will not accept any sacrifice from your hands. For from the rising of the sun to its setting my name is great among the nations. Everywhere incense and a pure sacrifice are offered to my name. For my name is great among the nations, says the Lord of hosts.” (Malachi 1:10-11)

From the very beginning of the Church, this passage has been understood as a prophecy of the Sacrifice of the Mass. This is because Malachi spoke of a single sacrifice offered right across the world, from sunrise to sunset. This idea is reflected in the priest’s prayer during Mass, in which he says: “You never cease to gather a people to yourself, so that from the rising of the sun to its setting a pure sacrifice may be offered to your name.” (Third Eucharistic Prayer)

The suggestion that people across the world could offer acceptable worship to God was a revolutionary idea at the time. It was another sign that God was not just interested in saving Israel, but the other nations too. As the prophet wrote: “For I am a great king, says the Lord of hosts, and my name is held in awe among the nations.” (Malachi 1:14)

Malachi also spoke of the coming of the Messiah – and of how he would visit the rebuilt temple and purify the nation (Malachi 3:1-4). He described another messenger who would prepare for the Messiah (3:1) and be codenamed ‘Elijah’ (4:5-6). Christ later revealed that this messenger was St John the Baptist (Matthew 11:10; 17:10-13).

This stained glass image of Malachi is found within the church of St John the Evangelist in Kirkdale, Liverpool. Dating to 1922, it pictures the prophet holding a scroll with his prophecy of the Mass. It belongs to a much larger East Window and sits alongside images of two other Old Testament prophets, Isaiah and King David, who also foretold the sacrificial death of Christ.

Where to find this work of art
St John the Evangelist, Kirkdale