The prophet Elisha was the pupil of the famous prophet, Elijah. He went on to become Elijah’s successor and performed many miracles. His life was one of sacrifice and service. Although he mixed with powerful politicians, he never forgot those on the margins.

The story begins when God spoke to Elijah while he was hiding in a cave at Mount Sinai, to escape the scheming Queen Jezebel. God still had work for him to do. He was told to return to Israel and anoint Elisha, the son of Shaphat, to succeed him as prophet. So Elijah did so.

He came across Elisha while he was at hard at work, ploughing his father’s field with a group of oxen. The Bible says that there were twelve groups of oxen at work in the field, which means that Elisha was from a wealthy family. To signal that he was calling Elisha to become his disciple, Elijah spread his cloak over him.

Elisha understood what this meant and got Elijah’s permission to say goodbye to his family first. Next, he killed his group of oxen, cooked the meat and gave it to “the people” – probably the poor of the neighbourhood. Elisha then left everything behind to follow Elijah and become his servant.

A closer look at the timeline mentioned in 1 and 2 Kings shows that he was Elijah’s servant and student for a number of years (at least three, cf 1 Kings 22:1). This wasn’t a terribly glamorous life. In fact, one of his tasks was to “pour water on the hands of Elijah” (2 Kings 3:11).

It was only after Elijah’s life on earth ended that Elisha’s mission really got going. As Elijah’s successor, he became known as a “holy man of God” (2 Kings 4:9). He spoke to many kings, both at home and abroad, about God’s will. He had a special concern for the needy – the starving, the sick and the poor. As Christ noted, Elisha even healed a foreigner, called Naaman (Luke 4:27).

Elijah was known as a miracle-worker, but the Bible says that Elisha “performed twice as many signs and marvels with every utterance of his mouth. Never in his lifetime did he tremble before any ruler, nor could anyone intimidate him at all.” (Sirach 48:12). His miracles included healing the sick, raising the dead, relieving hunger and even parting the River Jordan.

This ceramic frieze of the Call of Elisha is by the Polish artist Adam Kossowski. Created between 1966-1971, it’s found within St Joseph’s Chapel at Aylesford Priory, near Maidstone. Kossowski produced a whole range of ceramic art for this Carmelite Friary, including friezes of St Joseph in the same chapel.

This particular panel is the centrepiece of three biblical works of art featuring Elijah and/or Elisha. The two prophets occupy a special place in Carmelite spirituality, which explains their presence in the chapel. Here we see Elijah spreading his cloak over Elisha, who kneels beside his rather surprised oxen.

Detail of the oxen: 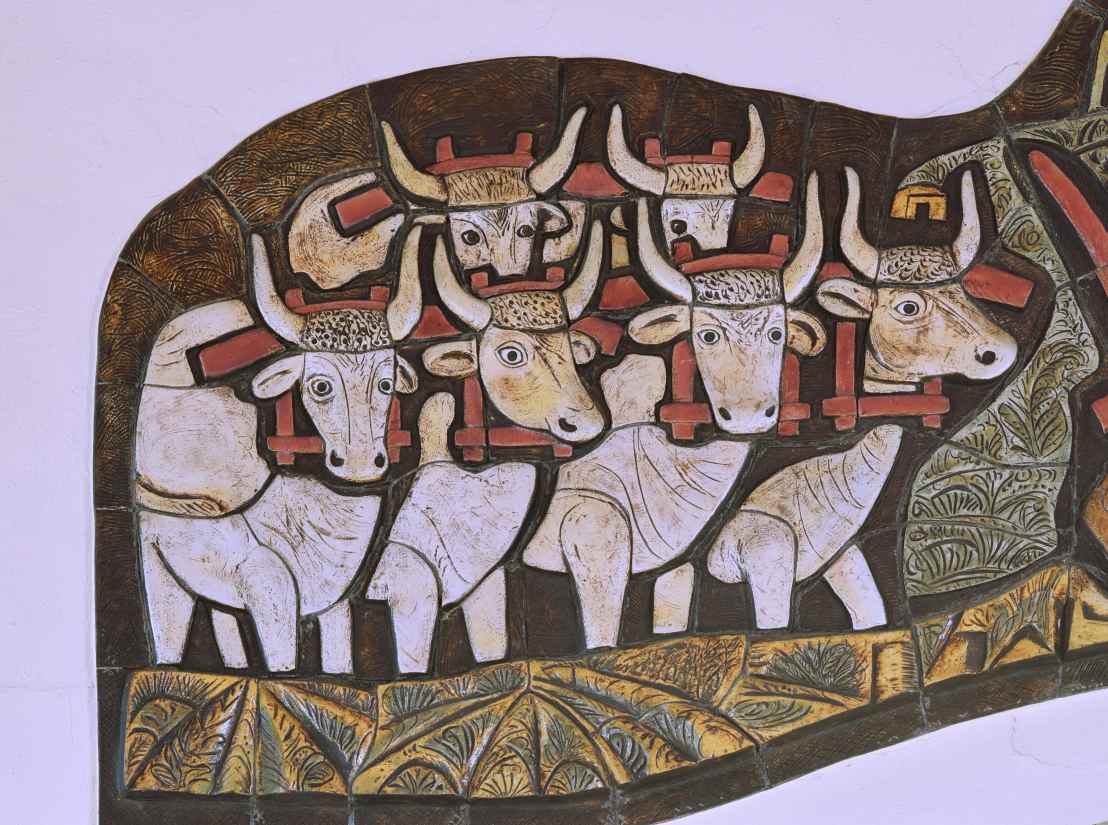 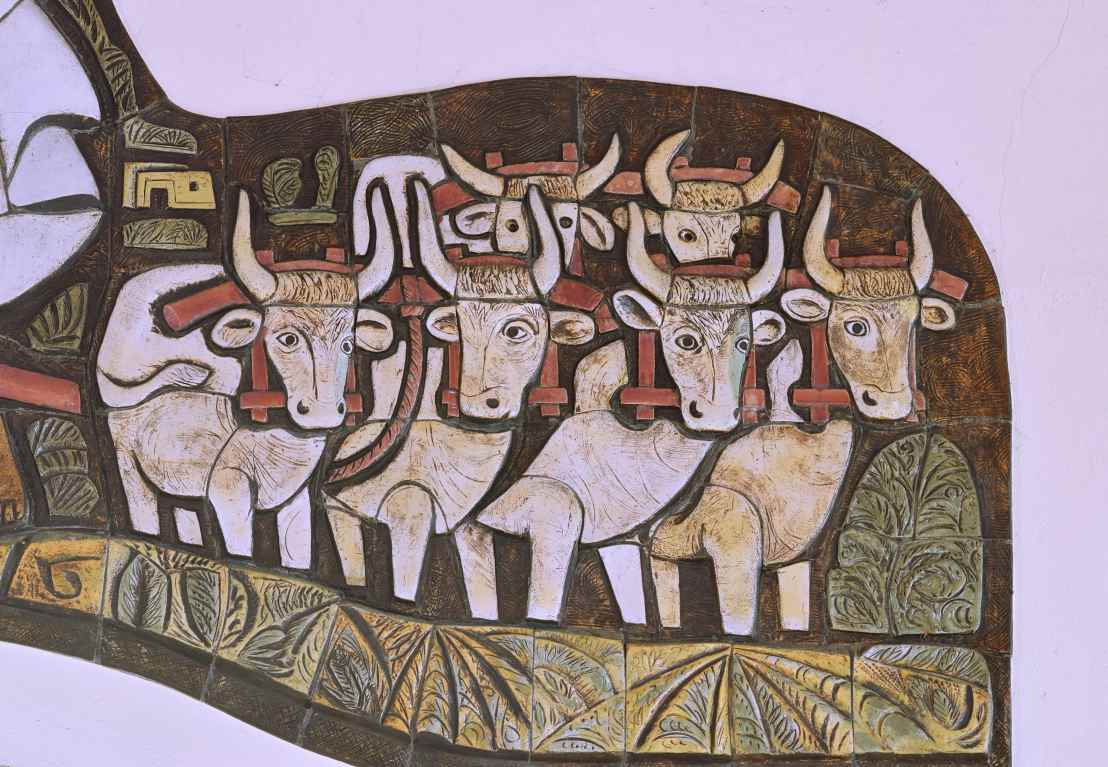 In context of the other images of Elijah/Elisha (left, Elijah on Mount Carmel; right, Elijah ascends to heaven):

Where to find this work of art
Aylesford Priory, Maidstone