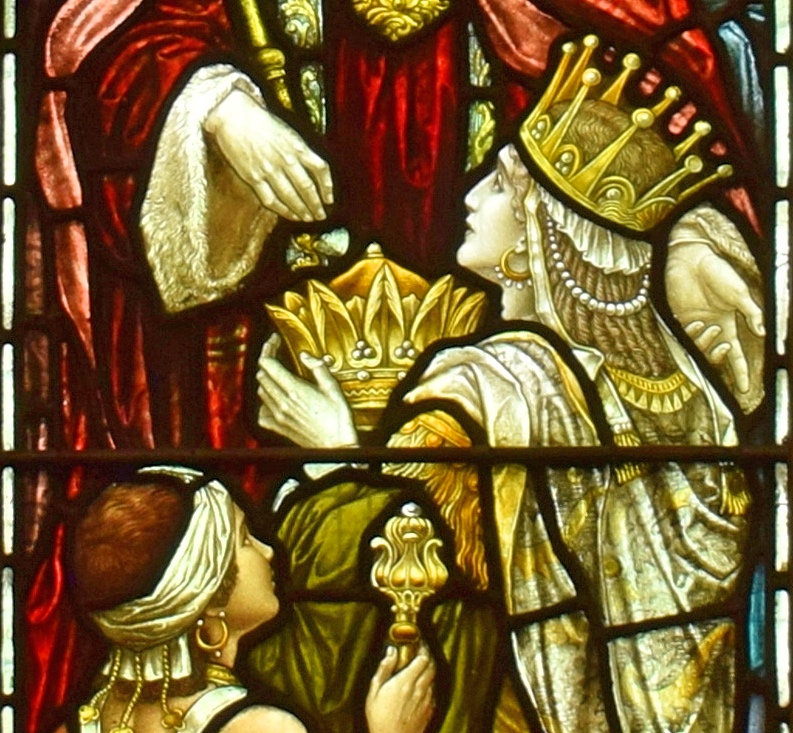 The story of how the Queen of Sheba made a state visit to King Solomon of Israel is found in the books of First Kings and Second Chronicles (1 Kings 10:1-13; 2 Chronicles 9:1-12).

The Bible doesn’t tell us the name of the Queen of Sheba, but it does describe her as a woman who had a real thirst for knowledge. After hearing tales of King Solomon’s genius, she made the long journey from her homeland of Sheba to check him out in person.

Sheba – or ‘Saba’ – was an ancient kingdom that spanned both Arabia and Ethiopia. It was a fabulously wealthy country that focused on the trade of spices, incense, precious stones and gold (cf Ezekiel 27:22). In keeping with this, the Queen arrived in Jerusalem with a large entourage and camels carrying expensive gifts from her homeland. Perhaps she was also on a trade mission, since Jerusalem lay on a major route used by Sheba’s merchants.

The Queen tested Solomon at length with tough questions, which suggests that she too was an intelligent person. Yet King Solomon’s wise answers – and the grandeur of his court – so impressed her that she was left breathless! Not only that, the Queen was also moved to praise his God (1 Kings 10:5-9). She then returned enlightened to her own country, laden down with gifts from Solomon.

Christ later referred to her as “the Queen of the South” and praised her love of learning (Matthew 12:42; Luke 11:31). Her story was often linked to the visit made by the wise men to the infant Christ. This is because both she and the wise men travelled from afar to see the king of the Jews, bringing gifts of gold and spices.

Many artists have pictured the meeting of these two extraordinary monarchs. This stained glass scene of their famous meeting was painted by an artist of the Heaton, Butler and Bayne studio and installed in 1912. It’s found in the Catholic Cathedral for the Armed Forces in Aldershot, Surrey – which was previously an Anglican church.

The window was created in memory of the church’s one-time chaplain, the Reverend Alfred Brown-Watson, who served in a military campaign in the Sudan – which was near the ancient kingdom of Sheba. A rather self-satisfied King Solomon accepts one of the Queen’s gifts, while one of his courtiers looks rather surprised to be ‘caught on camera’. It’s also worth noting that the Queen, despite being a powerful woman in her own right, is depicted on a lower level than Solomon.

Where to see this work of art
The Cathedral of St Michael and St George, Aldershot