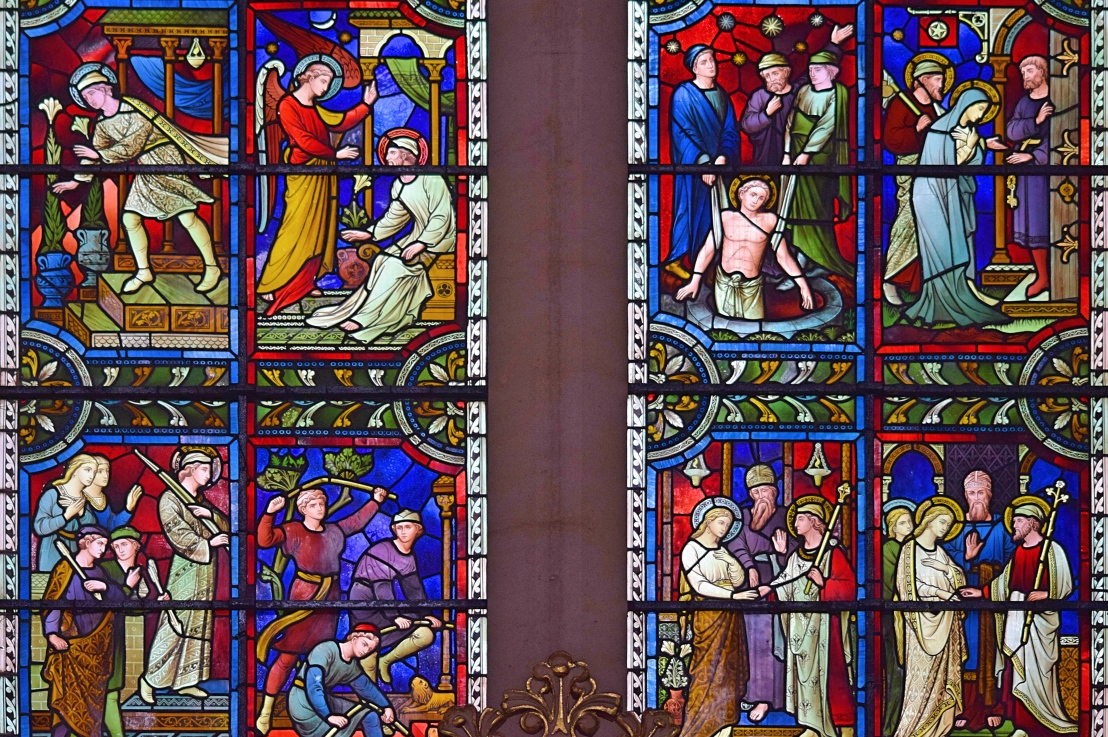 This remarkable ‘Joseph’ window tells almost the entire story of the lives of both Joseph and St Joseph, the foster-father of Christ. Various events from the life of Joseph are paired with similar events in the later life of St Joseph. This is because one was understood to foreshadow the other. The window, which is by Hardmans, dates to 1882 and is found within the rosary shrine of Our Lady & St Dominic, London.

The window is large and consists of two panes, so I’ve broken it down into sections. The two scenes at the very top of the windows are: 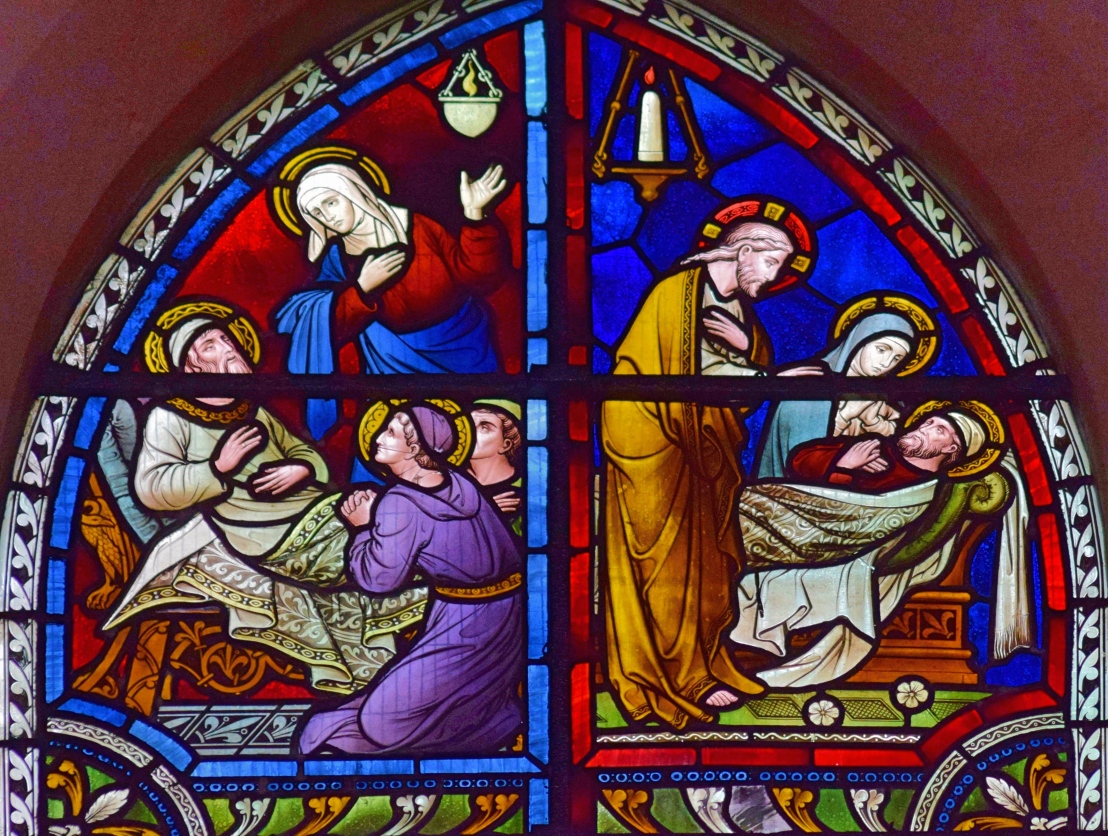 In the middle of the windows are:

The lower scenes of the windows are: 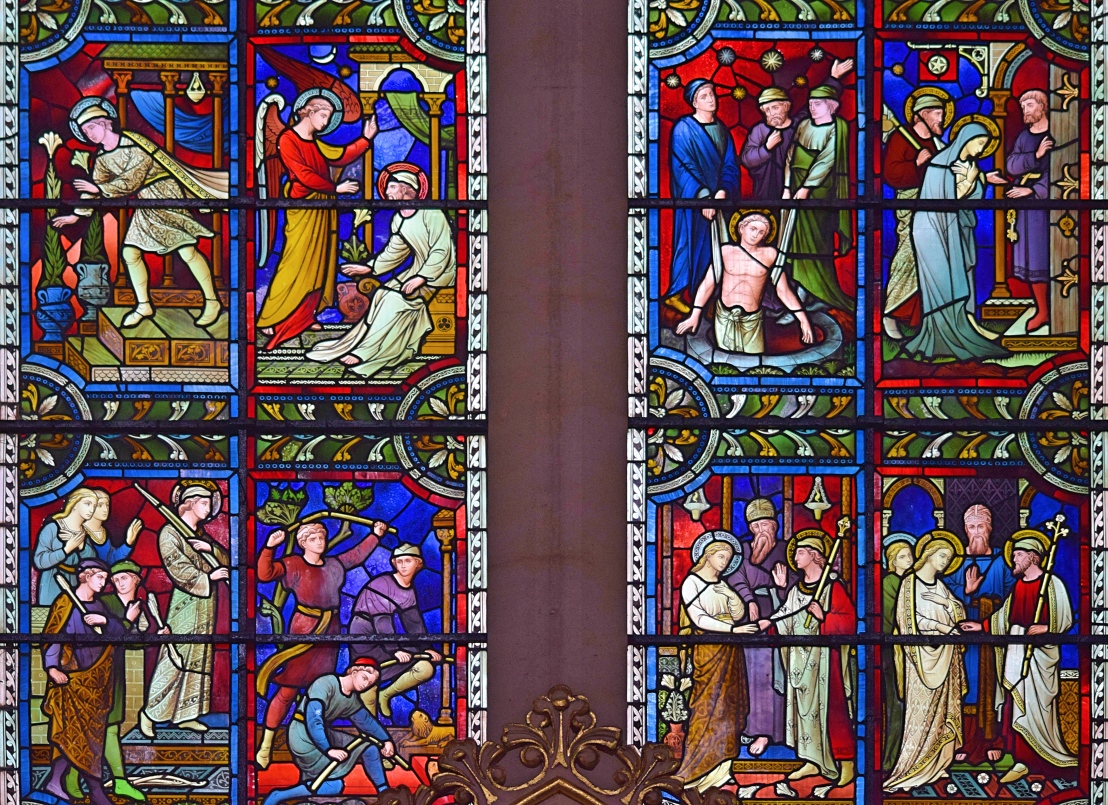 Where to find this work of art
Our Lady & St Dominic, London