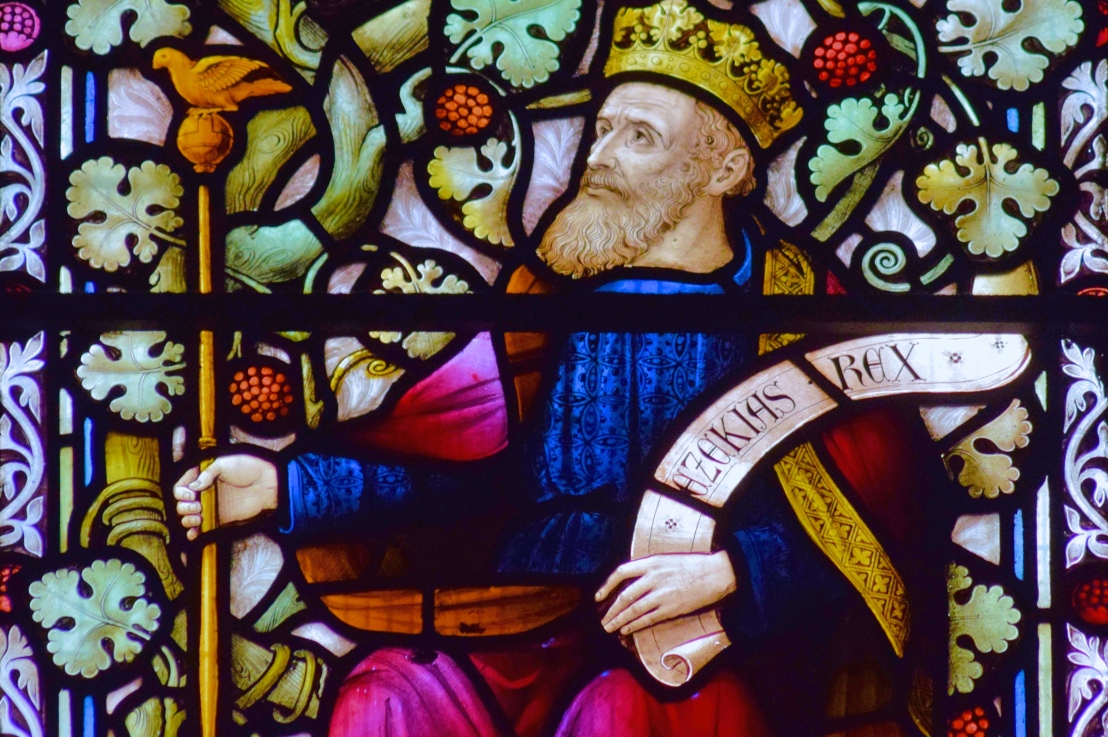 Good King Hezekiah – or ‘Ezekias’ – was an ancestor of Christ who lived at the same time as the prophets Isaiah and Hosea. He was king of Judah, which had previously been part of Israel.

Compared to other rulers of Judah, Hezekiah was one of the good guys: “He trusted in the LORD the God of Israel; so that there was no one like him among all the kings of Judah after him, or among those who were before him.” (2 Kings 18:5)

A profile of his life is found in several books of the Old Testament – 2 Kings (18:1-20:21), 2 Chronicles (29:1-32:33) and Isaiah (36:1-39:8). Each looks at slightly different aspects of the story. 2 Kings focuses mostly on his political career, 2 Chronicles emphasises his religious reforms, while Isaiah shares more of a personal perspective.

In the later years of his reign, Hezekiah fell seriously ill and the prophet Isaiah broke it to him that he was about to die. On hearing this news, Hezekiah wept and prayed to God for help. As a result, Isaiah promised that after three days, he would recover from his terminal illness. On returning to health, Hezekiah penned an emotional poem about this brush with death.

Since Hezekiah was the ancestor of Christ, this image forms part of a stained glass scene depicting the family tree of St Joseph. The window, showing Hezekiah with his royal sceptre, is by the Lavers, Barraud & Westlake studio.

Where to find this work of art
St James Spanish Place, London