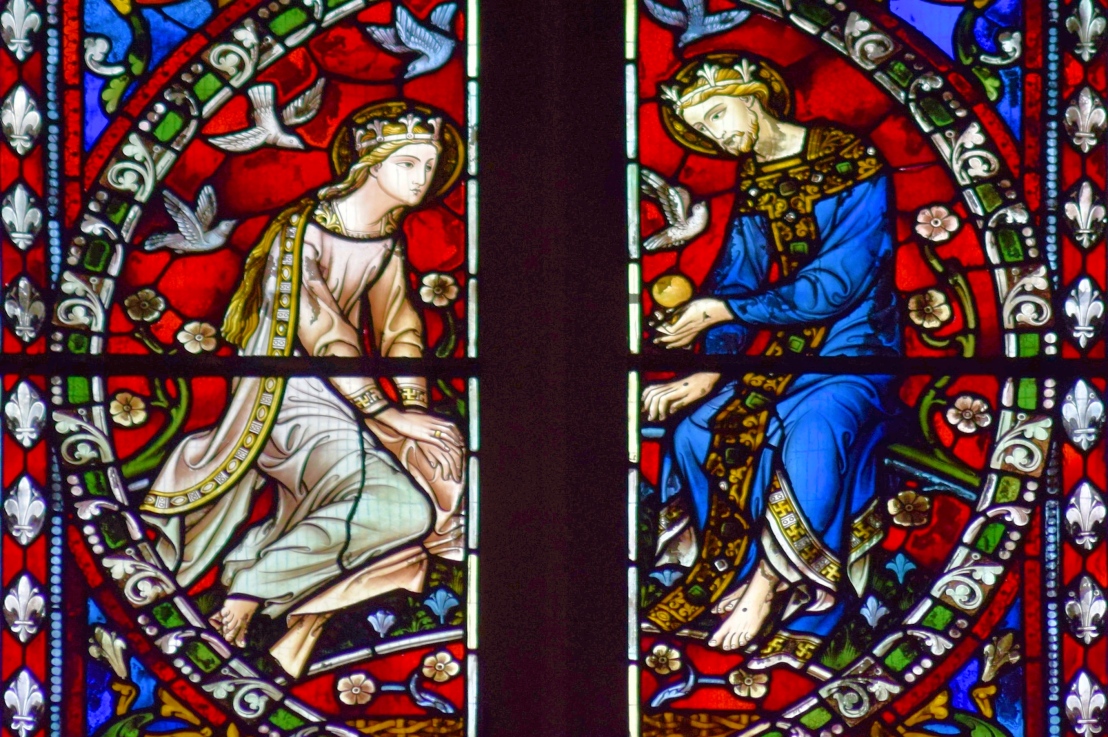 The Song of Songs – or the ‘Canticle of Canticles’ as it was traditionally known – is a unique book of the Bible. At heart, it’s a passionate poem about the love between a man and his bride. The song draws heavily on the natural world – it often speaks of flowers, trees, animals, fruits, gardens and fields.

Particularly in the Middle Ages, however, the poem was often understood to have a deeper meaning. King Solomon and his bride were viewed as symbols for Christ the King and his spiritual Queen, the Virgin Mary. This interpretation found its way into art – for example, in the famous mosaic of the Coronation of the Virgin in Santa Maria Maggiore, Rome.

This stained glass window also reflects that understanding. The king has the wound-marks of the Crucifixion in his hands and feet, which shows that he is not just Solomon, but Christ. In his left hand he holds an apple, which in the song is a symbol of love. The doves and lilies are also mentioned in the poem; as a result they later became symbols of the Virgin Mary (2:1-5,14; 5:2; 6:9).

The window portraying the Song of Songs was made by the Hardman firm and dates to 1883. It’s found alongside other Old Testament scenes that symbolise the Coronation of the Virgin Mary such as the crowning of Queen Esther and the enthronement of Bathsheba.

Where to find this work of art
Our Lady of the Rosary and St Dominic, London