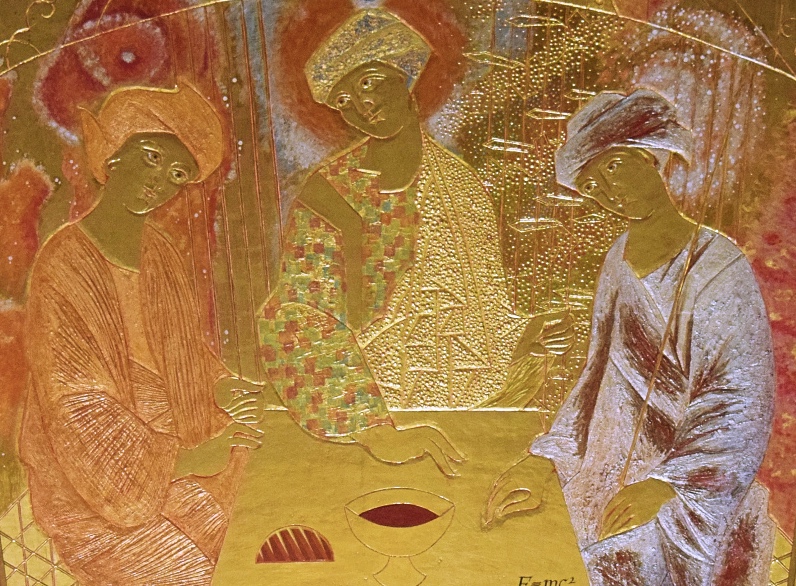 This painting by the Benedictine nun and artist Sister Petra Clare is based on the famous Russian icon by Andrei Rublev, known as the Trinity or the Hospitality of Abraham. The story of Abraham’s warm welcome of three strangers contains a number of messages – the foretelling of a miraculous birth, as well as the importance of hospitality and clues about the nature of God.

The book of Genesis tells us that when Abraham was sitting outside his tent one day, God appeared to him in an unusual way. Abraham looked up and suddenly saw three men standing before him. Rather than being suspicious of the strange visitors, he immediately invited them to rest under a nearby tree while he prepared a meal for them. The three men then told Abraham that his aged wife Sarah was to have a son in a year’s time.

From the time of the Early Church onwards, the fact that God appeared to Abraham in the form of three men was viewed as an ancient hint of the teaching of the Trinity. The Trinity is the dogma that while God is one, he exists in three ‘Persons’ – Father, Son and Holy Spirit.

This icon reflects this interpretation, portraying the Father, Son and Holy Spirit from left to right as desert-dwellers, each wearing robes and turbans. The painting also references various scientific elements. This includes telescopic images of star systems, DNA, computer microchips and the formula E=mc², which the artist considered another symbol of the Trinity. The meal pictured is of bread and wine, symbolising the elements of the Eucharist. 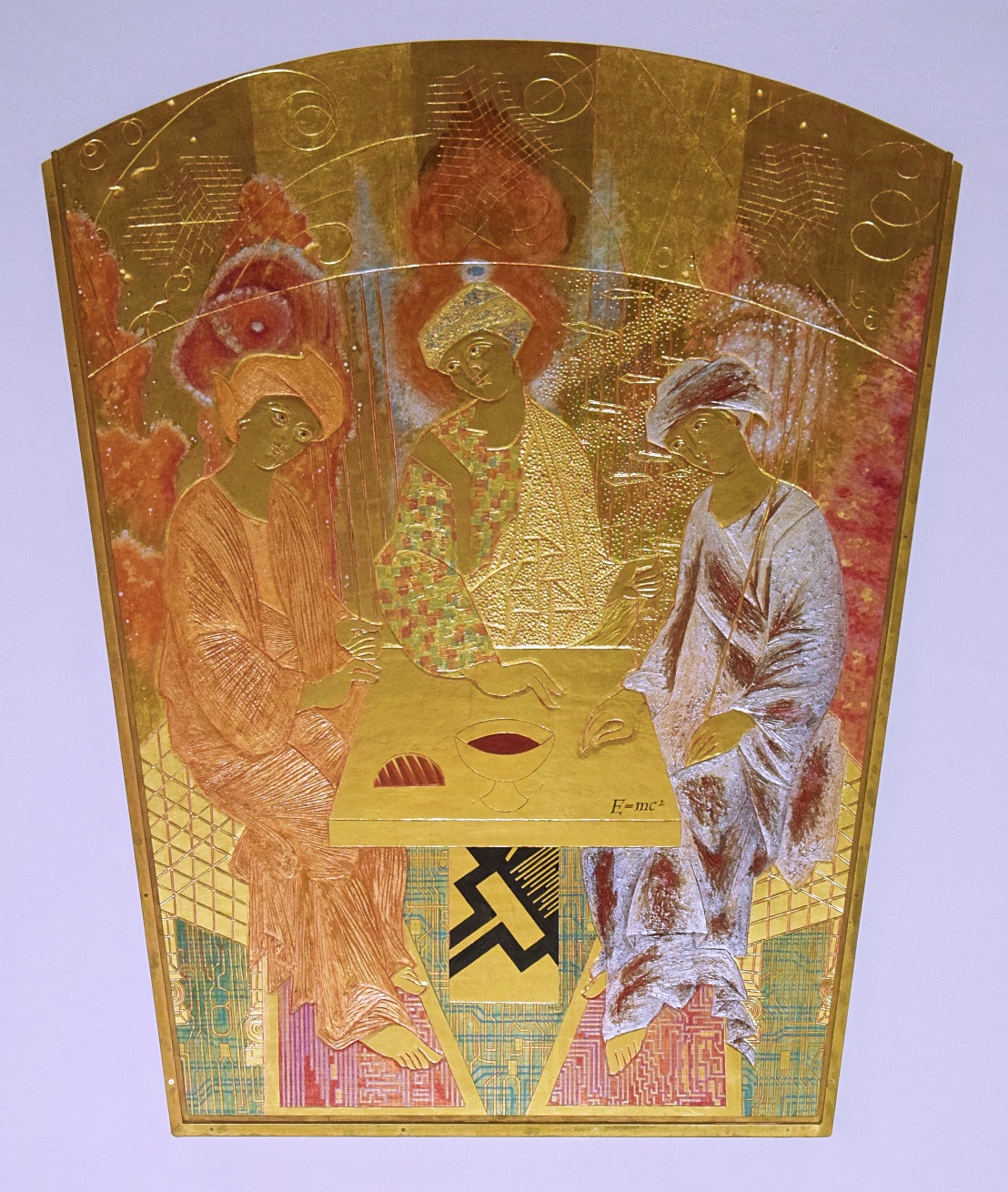 Where to find this work of art
Our Lady of Lourdes, Wanstead