This brightly-coloured, imposing window from St George’s Cathedral depicts the Resurrection of Christ in glory on Easter Sunday. The details of the stricken Roman soldiers, who were keeping guard at the tomb, show that the scene is based on St Matthew’s gospel – who alone records their presence. The Risen Christ is shown in a manner that has a long history in Christian art. His right hand is raised in blessing, displaying the wound-marks from his crucifixion, while in his left he holds a red cross banner as a symbol of victory over death.

This traditional depiction filled in the blanks left by the secrecy of Christ’s triumph over death. As the Catechism of the Catholic Church states: “No one was an eyewitness to Christ’s Resurrection and no evangelist describes it. No one can say how it came about physically. Still less was its innermost essence, his passing over to another life, perceptible to the senses. Although the Resurrection was an historical event that could be verified by the sign of the empty tomb and by the reality of the apostles’ encounters with the risen Christ, still it remains at the very heart of the mystery of faith as something that transcends and surpasses history.” 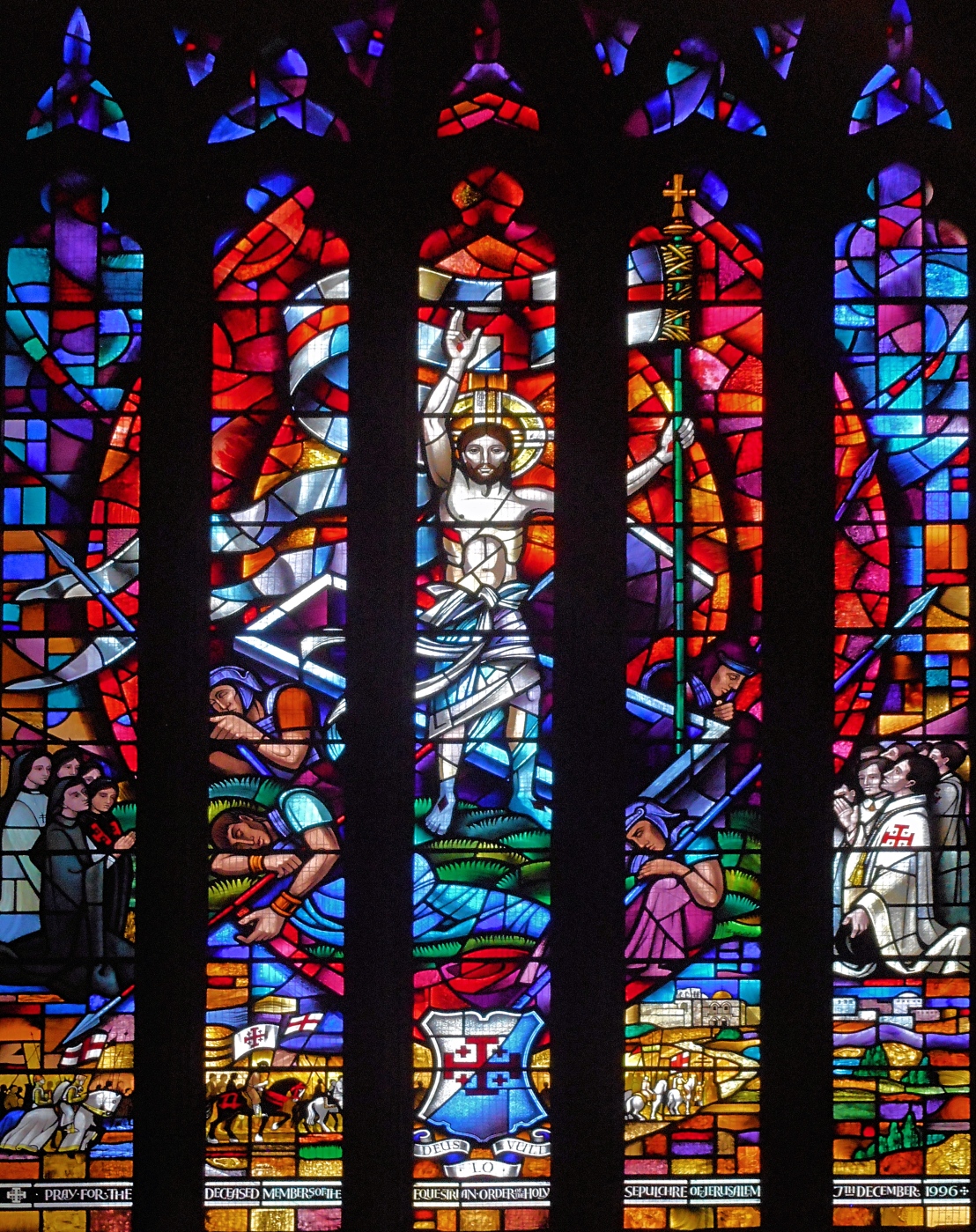 Where to find this work of art
St George’s Cathedral, Southwark