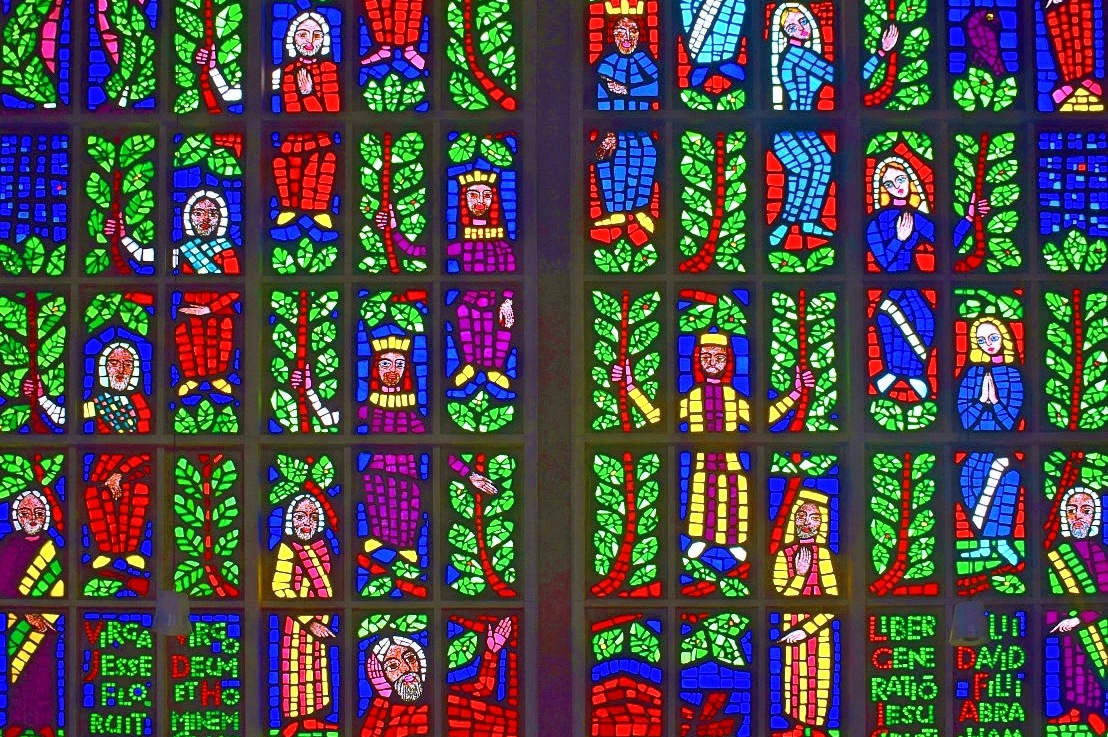 This giant stained glass window is of the ‘Jesse Tree’ – a symbol of the family tree of Jesus Christ. The image is drawn from Isaiah 11:1-9, which predicts the arrival of the Messiah – a descendant of Jesse who will be led by the Spirit of the Lord. Jesse was the father of King David, the great king of Israel (Ruth 4:22).

The image of the Jesse Tree was particularly popular in the Middle Ages, when many cathedrals featured large stained glass windows that illustrated the ancestry of Christ. Many famous biblical figures from the Old Testament usually featured in the tree, such as Adam, Noah, Abraham, Jacob, Ruth and David. Jesse, as in this example, was usually shown at the ‘root’ – often asleep or lying down. The ancestry of Christ is based on the records in two gospels – Matthew 1:1-17 and Luke 3:23-38.

The blaze of colour in this window is due to the use of dalle de verre, a thick type of stained glass that was very current in the 1950s and 1960s. The window comes from the church of Our Lady of Fatima in Harlow, which was built between 1958-1960. The entire church is illuminated by giant dalle de verre windows in this style.

This particular window dates to 1961 and is by the Benedictine monk and artist Dom Charles Norris, who had trained at the Royal College of Art. He was helped by Dom Paulinus Angold and Jerome Gladman. Its rather cartoonish style is a modern twist on the Jesse Tree, while still keeping to the broad traditions of the image.

The text in Latin at the bottom of the image reads Virga Jesse floruit: Virgo Deum et hominem genuit (The rod of Jesse has blossomed: A virgin has borne God and man) and Liber generationis Jesu Christi filii David, filii Abraham (the book of the generations of Jesus Christ, son of David, son of Abraham). These words are drawn from Isaiah 11:1, an antiphon of the feast of the Annunciation and Matthew 1:1.

Elsewhere on this site, you can find out more about the Jesse Tree via the Jesse Tree Advent Calendar, which has been designed to help people prepare for Christmas during the month of December. 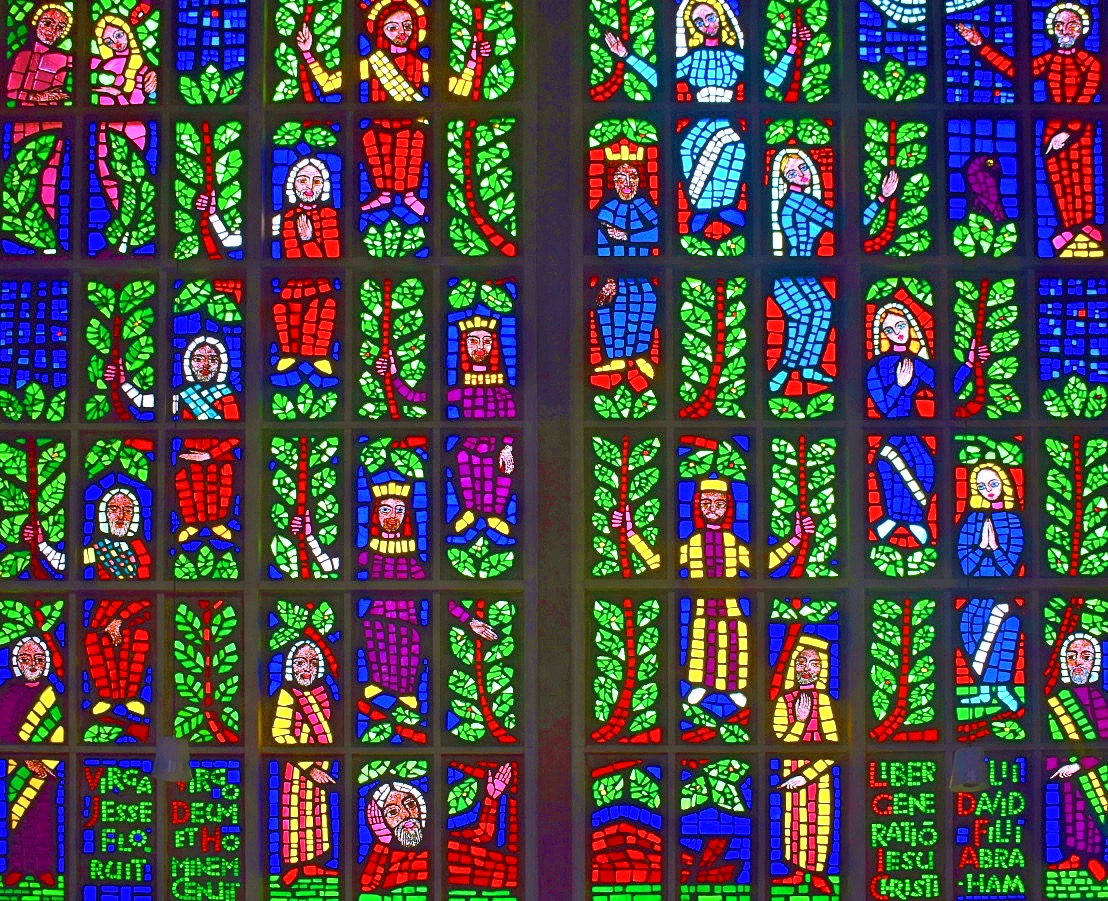 Where to find this work of art
Our Lady of Fatima, Harlow